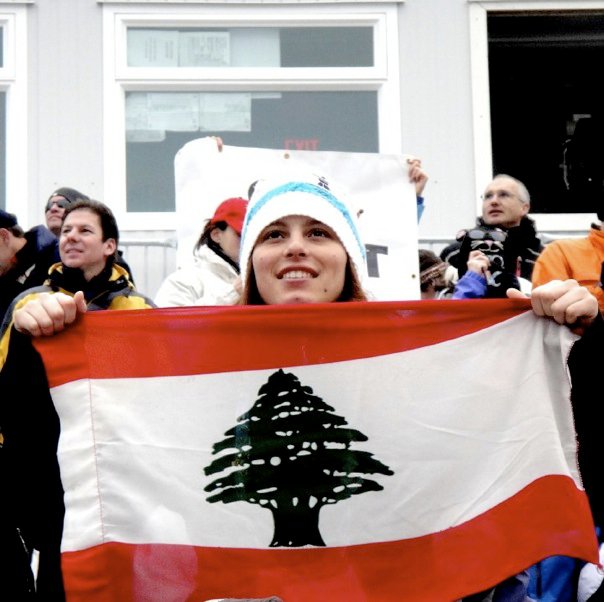 When I first read the story on Jackie Chamoun I thought, “Wow this will not go down well for her.” And at first it didn’t. Media tried to tear the Olympic skier apart for stripping down for an Austrian calendar three years ago and the Ministry of Sports even announced it would launch an investigation. Jackie quickly spoke out and apologized via her Facebook page, saying the photos wrongly reflect the conservative culture in Lebanon. She also stated some important things: that she had never seen the images uploaded and they were not supposed to go public. It’s important to remember amid all the talk of lady parts, that her rights have been violated.

While the video and images circulating now show her topless, the photos that were actually used in her calendar shoot can hardly be called provocative. What’s surprising—and restores my faith in Lebanon—is that after the initial whirlwind of negative attention, the entire issue had a huge turnaround. She is being hailed by many as a national hero, and Facebook posts, tweets and Instagram pictures of all things Jackie are overloading the news feeds of the Lebanese and their friends worldwide. Aside from the massive upsurge in likes on her own Facebook page, hashtags like #StripForJackie, #BoobsNotBombs and #NotAScandal made an appearance, with many many many people voicing their support, and opinions that this uproar is completely absurd.

I wouldn’t strip for a calendar. But my opinion doesn’t matter. Whether or not you agree with nudity or Jackie’s decision to be a part of this calendar doesn’t matter either. While we focus on a couple of photos, the US media are praising her achievements. Jackie is an Olympian, and if we have any national pride at all we should support her as one of only two Lebanese representatives in the games. Jackie is also a woman, and a human being, and that gives her the right to do whatever she wants with her body. I think we can all agree that there are so many other concerns Lebanon’s people can focus on, valid issues that desperately need attention. If only our decades-old electricity problems, recent turmoil or even the story of a woman beaten to death by her husband just last week could garner as much attention as the bosom of a young athlete. While some irresponsible media outlets tried to bash Jackie or exploit the violations against her, it’s reassuring to see that there are many citizens who do see what’s right, what’s wrong, and what really doesn’t matter.