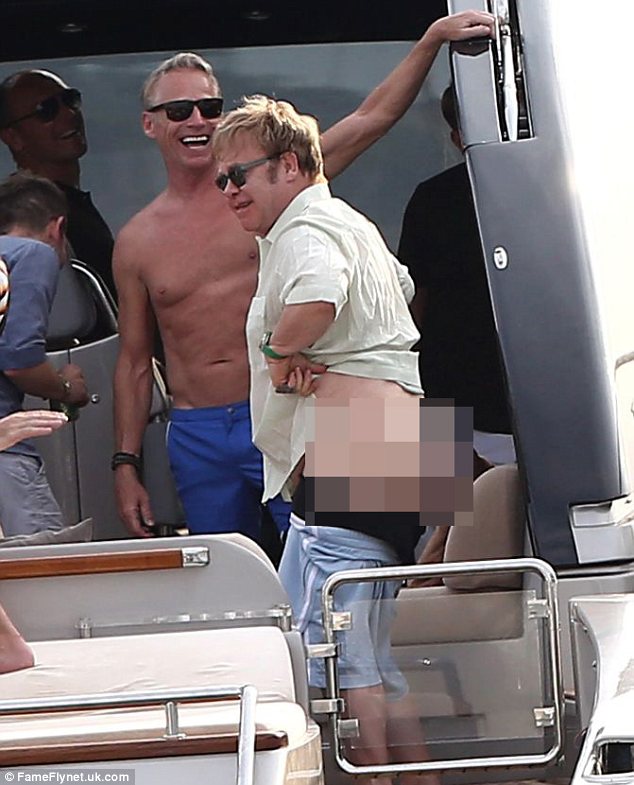 It seems that Elton was ‘mooning’ a nearby yacht which onlookers reported was hosting Michael Caine.

And Elton seemed more than pleased with his naughty antics – he was seen grinning from ear to ear.

John appears to have developed quite a penchant for exposing himself after copying Walliams bare his bottom at Simon Cowell’s yacht last week.

The English comedian tweeted about the incident and posted: ‘I just mooned Simon Cowell. From a boat. That is true.’

Before posting a tweet that inferred his host Elton also performed the rude act.

David posted: ‘And then someone a million times more well known than me mooned Simon Cowell too.’

According to The Sun David shouted across to Simon: ‘I’ve got something for you.’

Before adding: ‘Love you Simon’ after which he blew a kiss to the Syco boss.