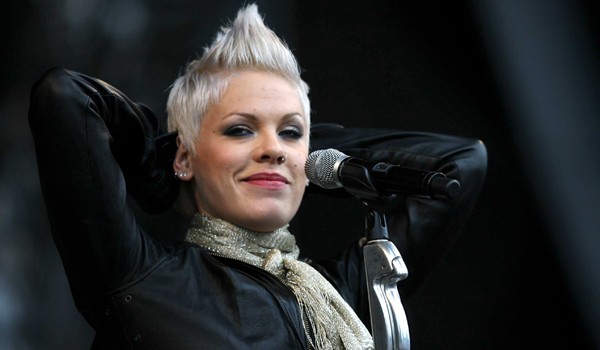 Pop star Pink and her husband, motorcross racer Carey Hart are expecting a child together, US Weekly reports.  The singer is said to be about three months into her pregnancy.

“She’s 12 weeks along,” an insider told the mag, adding, “She wanted to do it between tours, when she has some time off.”

The ‘So What’ singer just finished a yearlong worldwide tour, where she sold a total of 3 million concert tickets.

Pink, who split with Carey back in 2008 after two years of marriage, is reportedly determined to make their relationship work this time around.  The couple reunited in 2009 and has undergone marriage counseling together.  They were never legally divorced.

“Sometimes you have to take a couple steps back to move forward,” Cary has said.

Now it appears, their relationship is stronger than ever.

“She’s really happy, and she’s excited she got pregnant so fast!” the insider continued.  “She’ll be a brilliant mother.”