Showers of meteors in the skies of Beirut tonight 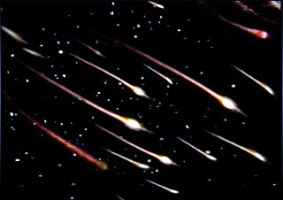 The Lebanese will witness amazing meteors from space after midnight Thursday – Friday in the skies of Beirut.

Such a wonderful phenomenon that occurs only once a year, when Earth enters the vicinity of dust circulating around the Sun in its orbit, and these meteors will appear in different colors which are concidered as parts of the dust, and appear frequently after twelve o’clock midnight.

Tonight will be a moonlit night noting that 100 meteors per hour will appear at night and light the sky.