We all want to feel good. The choices we make in our lives, from the careers we pursue to the clothes we choose to wear, are all parts of our strive for happiness that we hope would add up to complete the bigger picture. Feeling good is sometimes associated with looking good, and this is especially true in our culture. But looking good is being taken to more extremes nowadays with apparently one in three women having some form of plastic surgery done. From Botox-injected faces to breast implants, today one can even change their whole sex! The way people feel sexually clearly has considerable influence on their emotional well-being. In drastic situations where a man or woman does not feel satisfied with the way they look or feel “down there”, surgery sometimes is the route they decide to take.

“My boyfriend bought me a $6000 vagina!” said one of the satisfied customers who had just undergone a vaginoplasty. Women differ in terms of the appearance of their genital area, and although there is no right or wrong pattern, some women are very unhappy with how their genitals look and feel. For example, some might have very large labia (inner lips of the vagina), and others might be dissatisfied with how natural occurrences such as ageing and childbirth have changed the shape, size, and tone of their vaginas and surrounding tissue. This can be embarrassing and uncomfortable, for examples when wearing tight clothing or engaging in sports, and can affect their confidence in their daily lives, or sometimes even lead to sexual dissatisfaction or difficulty. A vaginoplasty or labioplasty can therefore be performed to reshape the genital area accordingly. This can be carried out either by restructuring or reducing the inner or outer labia, by ensuring better exposure of the clitoris, or by rejuvenating or tightening the vagina. In more loose terms, one can say that a woman can be surgically “re-virginized”. 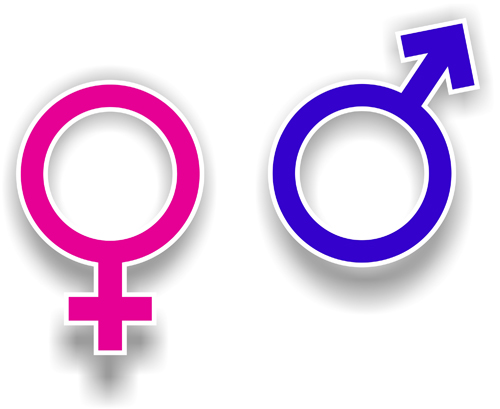 Other individuals undergo vaginal reconstruction surgery not to upgrade their current model, but to actually design a totally new vagina; in other words, to change their sex from male to female. Occasionally, a man or a woman can experience gender dysphoria where they believe that their physical features are very different than the way they truly are mentally and emotionally, leading to a possible diagnosis of a gender identity disorder. This conviction is so profound that they are willing to be surgically altered, and so choose to undergo a sex change operation. These individuals are also known as transsexuals, and sex reassignment surgery (or gender reassignment surgery) is the procedure performed to change their genital organs from one gender to the other. The procedures involved in trans women (male to female) differ from those necessary for trans men (female to male). For a complete transformation into a woman to take place, an artificial vagina is constructed in the place of the penis.

Similarly, building a functioning penis is the ultimate step to becoming a man, but has shown slightly less success rates than creating a vagina. Transforming a man into a woman may also involve other procedures such as hair removal, voice feminization, facial feminization surgery, and breast augmentation. Additional procedures involved in transforming a female into a male include any of the following surgeries from a mastectomy (removal of the female breasts) and reconstructing the chest to a male-contoured shape, to a hysterectomy, to maybe also some facial reconstruction surgery to make the face look more masculine. Not all of these procedures are always required, but can be seen as beneficial for the individual’s psychological well-being and adjustment with the genital reassignment surgery. In both cases, the process is a long, expensive, and painful one, involving years of hormone replacement therapy, as well as social and legal transitioning (informing family/friends/colleagues, changing clothes and lifestyle, amending one’s name and sex in identification documents). At some point down the line, few people have some regrets about undergoing the sex change operation, possibly due to an inaccurate diagnosis in the first place (for example they could actually be suffering from another mental disorder such as an identity disorder, and not gender dysphoria per se), but unfortunately, it can only be partly reversed.

If a person can feel quite distressed because of some wrinkles or a crooked nose, one can only try to imagine what it must feel like to have your whole body and gender be entirely different and opposite to your internal and utmost true identity. But when buying a designed body or sex, it would be extremely advisable to make sure it’s what you really want, because unlike purchasing a new pair of shoes or jeans, there are no returns and refunds.

Newer Post Science Up Your Life: How to Avoid Hangovers!
Older PostSleepless at Ocap