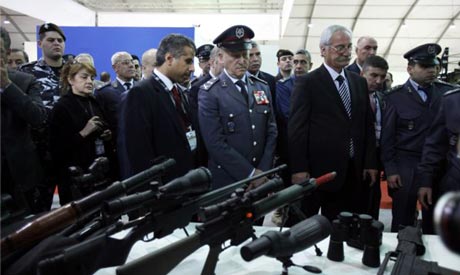 After its massive success in 2009, the one and only Security Middle East Show, SMES, returns in 2011 to its land of origin Beirut, Lebanon. SMES is a regional homeland security exhibition and conference that takes place biennially with the support of the Lebanese Armed Forces (LAF) and the Internal Security Forces (ISF).

Attendees came from all over the globe to witness this regional event taking place in the strategic country of Lebanon.  More than 55 exhibitors from 85 countries astounded more than 8000 visitors among which were delegations and officials from 15 countries.

His Excellency Minister Marwan Charbel said, “The 2nd Edition of the Security Middle East Show – SMES 2011, launched under the patronage of His Excellency Prime Minister Najib Mikati, could benefit from both patronage, regarding its significance and positive values for exchanging expertise and getting updated with the latest technologies in the security and military fields. 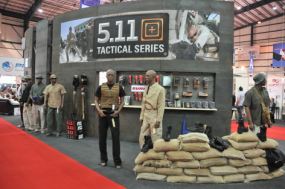 Charbel considered that holding the SMES show for the second time in Lebanon reinstate the country’s prestigious role in this sector in the region. He mentioned that this exhibition derives its security features from new technologies devised to provide
protection, and contribute to limiting crimes and terrorists attacks, being also critical to preserve stability and country development.

He added that sophisticated equipments featured in SMES 2011 allows security forces to adopt a scientific approach, with the ability to link security and Human rights. “The subjects of the show encompass national security, border security, Installations Security and combating terrorism. These are extremely important in view of the nature of the risks surrounding Lebanon, causing us to pay highly in the fight against terrorism.”