Sea Dragon Appears on the shores of Batroun 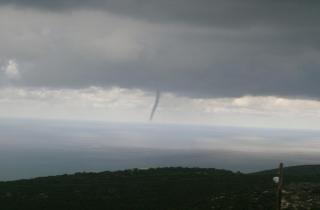 According to the National News Agency, the natural phenomenal named “Sea Dragon” appeared clearly on the shores of Batroun, close to the villages of Tahoum, Kfar Abida, and Al Madfoun Bridge. The phenomena appeared clearly to commuters forming a natural connection between the sky and the sea.