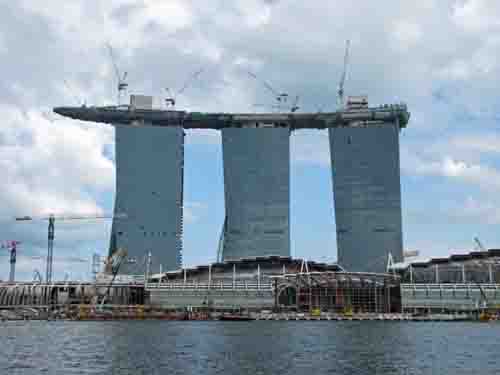 Since the opening of the star studded Sands SkyPark in Singapore in June, there has been rave reviews on the breathtaking views that it offers and for its stunning infinity pool – the world’s largest outdoor pool at the height of 200 meters. 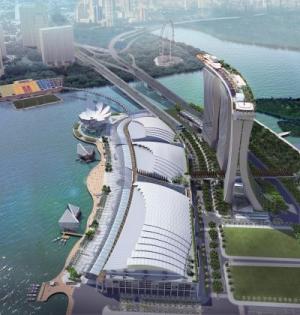 In just a month, some 100,000 people have visited the Sands SkyPark since it opening.

55 storeys up, the SkyPark pool is part of the $6 billion Marina Bay Sands Skypark hotel.

The pool itself is three times the length of an Olympic-sized pool, and is the largest pool in the world at that height reportedly. Another world record has been broken, with the hotel also becoming the most expensive hotel—knocking Abu Dhabi’s Emirates Palace Hotel off it pedestal, which cost a measly $3 billion to build back in 2004.

The pool runs across three of the hotel’s towers, which feature indoor canals, casinos, shops, theaters and a museum. As well as the hotel rooms you’d expect. Don’t expect to be staying here on your next visit to Singapore though, as entrance to the casino alone costs $70. 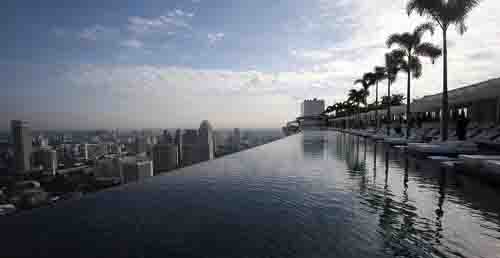 According to new figures released by the Singapore Tourism Board (STB), the number of visitors from the Middle East to Singapore during the last 6 months has increased by 23.21 percent, with nearly 55,000 visitors arriving from the region, compared to the same period in 2009.

The amazing Marina Bay Sands has also helped Singapore gain a place on the international centre stage. This fully integrated resort boasts six hotels with a staggering 963 hotel rooms has played an important role in this increase.