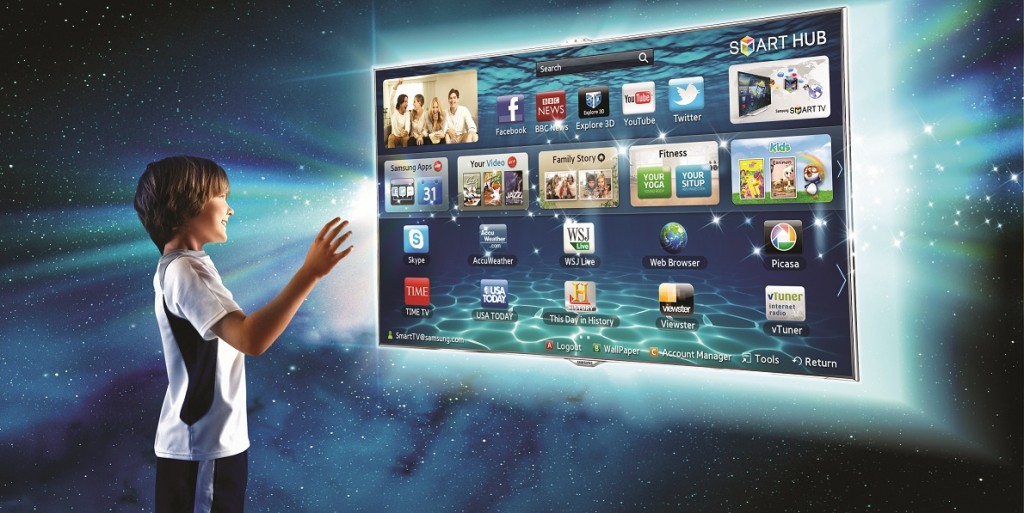 Samsung Electronics Levant and Cherfane Tawil & Co, the official distributor for Samsung, have stirred a new revolution in Lebanese homes by announcing the launch of the new Samsung 2012 Smart TV during a press conference held at Le Royal Hotel in Dbayeh.

During the event, the Audio Visual Department at Samsung presented its latest offering in home entertainment, the 2012 Smart TV, which left the audience in awe at its state-of-the-art characteristics and ‘smart’ features. Media attendees were also given the opportunity to personally experience the Smart Interaction TV.

The Samsung 2012 Smart TV combines an attractive, elegant design with sophisticated smart content and interactive features. Users can discover the future of Smart TV through voice command, facial recognition, and motion control by way of a build-in camera, which also lets the user switch the TV on and off, change channels, and open different applications, among other actions. In addition, Smart Evolution enables users to easily evolve their TV’s hardware, firmware, software, and interface. This will allow them to enjoy the latest home entertainment technology and features of a brand new TV year after year without having the need to buy a new one.

Samsung’s Smart TV enters the world of online entertainment by presenting smart content available through three signature services: Family Story, Fitness, and Kids. Samsung Family Story allows family members to save and share memos and photos, while Fitness gives consumers a convenient way to stay healthy and maintain their weight goals. The Kids service helps children participate in a range of entertaining yet educational activities, and records their progress over time.

In line with the launch of the 2012 Smart TV in Beirut, Samsung Electronics Levant and Cherfane Tawil & Co held a training workshop for sales representatives and technology specialists from major electronic retailers aimed at introducing them to the latest in home entertainment technology and providing them with up-to-date information to better serve the Lebanese consumers.