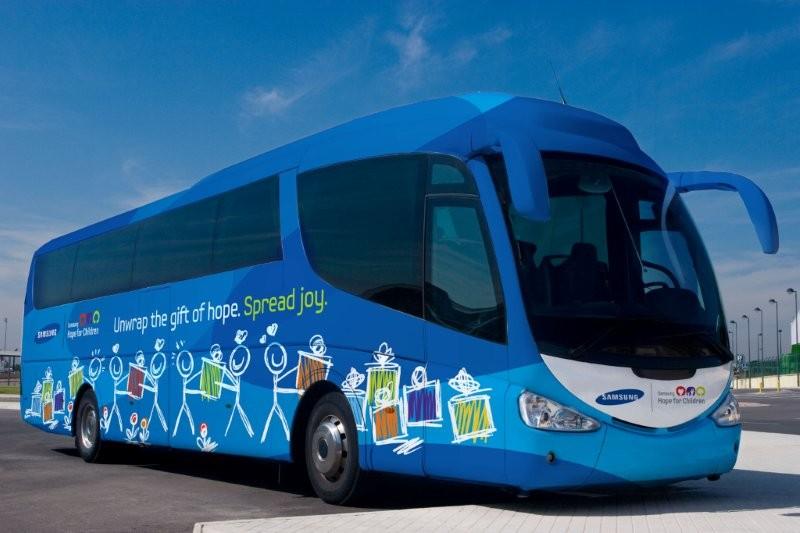 Samsung Electronics Levant recently launched the second phase of its “Hope for Children” campaign on Facebook, which holds the same goal as to collect donations for the benefit of the SOS villages in Sferai and Kfarhay in Lebanon. The donations will be delivered to the children on the 21st and 22nd of December, in the “bus of hope”, bringing along with them entertainment and fun activities to help put a smile on their faces.

The importance of children’s health and education has always been on the top priority in Samsung Electronics’ social responsibility. This cause was followed through with the vision of the “Hope for Children” campaign that was launched globally. The campaign started in the Middle East region in June 2010 by visiting the SOS villages in Jordan, Lebanon and Syria.

Expressing his enthusiasm towards the campaign, Mr. Sang Suk Roh, President of Samsung Electronics Levant declared, “We at Samsung truly believe in the value of offering children the required baggage to ensure a better future for the next generations to come. And here we are once again, carrying on with the journey we started over a year ago, to maintain a sustainable community activism.”

“This campaign signifies the necessity to keep offering educational as well as emotional needs for the underprivileged children that need it the most. Samsung Electronics will carry on in its mission always keeping an eye out for opportunities to make an impact on these children’s lives and allow them to have the chance for a brighter path in their lives.”

The facebook “Hope for Children” campaign encourages fans on the Samsung Levant page to participate and help putting smiles on the children’s faces by donating books, clothes and even participating on the day of the events to deliver the donations to the villages and spend the day with the children.

Last but not least, Samsung Electronics Levant placed a booth during the Samsung Amman International Marathon that was held on October 2011, where encouraging letters for the children were deposited by the attendees. These warm wishes and letters will be part of the books that Samsung will donate to the children of the SOS villages throughout December 2011.

Newer Post Mann Live At Palais
Older PostHot Pubs: Livic’s a Library of Imagination and Variety at the Inner City