Russians storm the Czechs, while Greece hold Poland to a draw 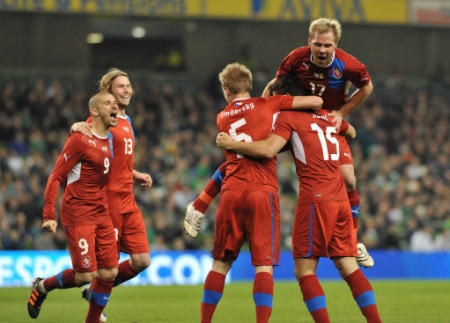 The Euro 2012 is finally here to ignite your summer season. One of the hosting nations, Poland played the opening game against the stubborn Greeks, with a clash that ended in a thrilling 1-1 draw that including two red cards, a missed penalty, and a disappointment to the Polish soccer fans at the National Stadium in Warsaw.

On the other hand, the Russian bear in the other half of the group, thrashed the Czech team with a 4-1 win after displaying a stunning attack tactics by the Dutch Coach Dick Advocaat. Two amazing goalstaken from Alan Dzagoev, as the Russians cruised to a 4-1 win over the Czech Republic in Group A to kick off their Euro 2012 campaign in impressive fashion, and sending a threat message to all those doubting the team.

Russia now tops Group A with 3 points, followed by Poland, Greece and Czech in the tail of the Group.