Rotana Wins 10 Awards at the WTA! 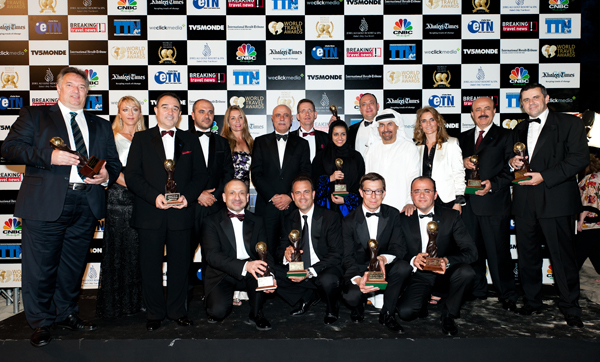 Once again, Rotana, the leading hotel management company in the Middle East and Africa, has been recognized for its continuous efforts and success by attaining ten awards at this year’s 19th Annual World Travel Awards, the premier global awards event that promotes excellence in the travel and tourism industry. For the sixth year in a row, Rotana has been voted as the ‘Middle East’s Leading Hotel Brand’. Since inception in 1993, Rotana has grown to be the region’s largest hospitality management company and a brand that is widely recognized and admired. Rotana currently manages a portfolio of over 70 properties throughout the Middle East and Africa with an aggressive expansion plan in place.

“These awards stand testimony to the passion and commitment we have as an organization to play a pivotal role in the growth of Rotana. The enthusiasm and sheer professionalism that our entire team shows towards their work and the hospitality industry is what has allowed us to achieve our success and we are delighted that our efforts have been recognized”, said Mr. Nasser Al Nowais – Chairman of Rotana

BeirutNightLife.com sends out big congratulations to the Rotana team!