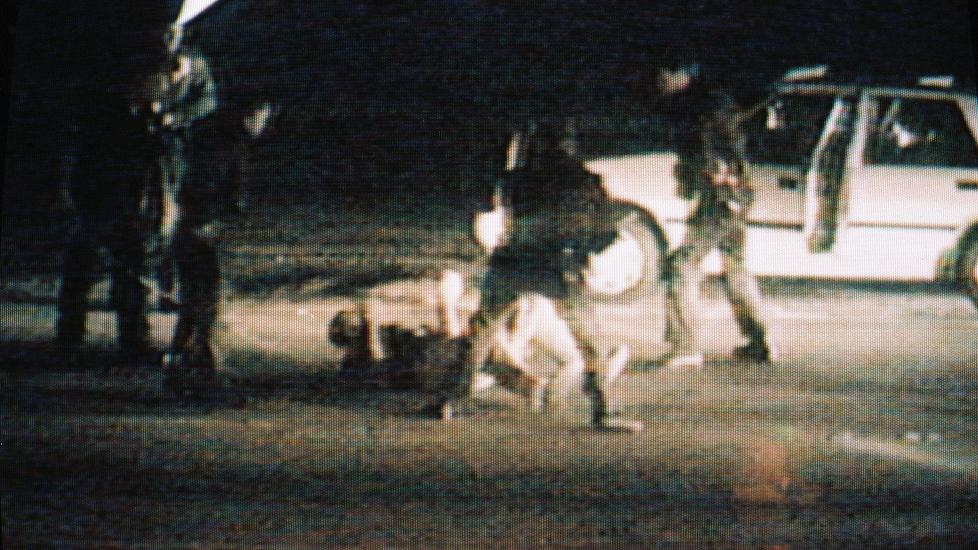 Rodney King, whose beating by L.A. police in 1991 was caught on tape and sparked riots after the acquittal of the officers involved, was found dead Sunday.

He was found in his swimming pool, local authorities said. King’s fiancee, Cynthia Kelly, found his body. He was 47.

Police in Rialto, Calif., received a 911 call from King’s fiancee, Kelly, about 5:25 a.m., said Capt. Randy DeAnda. Responding officers discovered King at the bottom of the swimming pool, removed him and attempted to revive him.

King was pronounced dead at a local hospital.

There were no preliminary signs of foul play, DeAnda said, and no obvious injuries on Rodney’s body. Reports say Kelly is telling friends that Rodney had been drinking a lot Saturday and had smoked marijuana hours before his death.

Police are conducting a full investigation.

“His fiancee heard him in the rear yard,” he said, and found King, who lived a troubled life before and after the infamous attack, in the pool outside.

King’s beating after a high-speed chase and its aftermath forever changed Los Angeles, its police department and the dialogue on race in America.