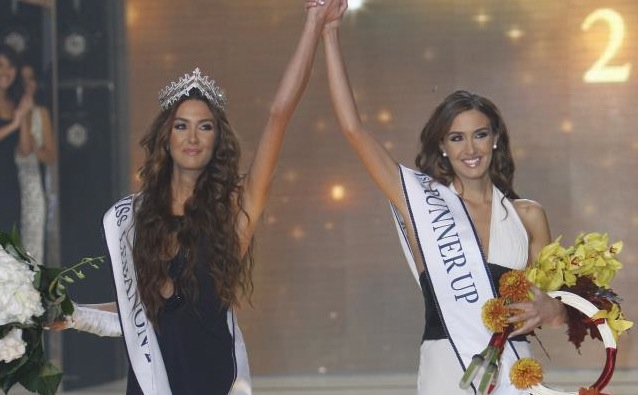 On December 19th, 90 countries are expected to compete in Miss Universe 2012, a record number in the pageant’s history. Miss Universe will take place in Planet Hollywood Resort & Casino, Las Vegas. Miss Lebanon 2012 Rina Chibany is in the 11th place on Missosology’s hot picks list of Miss Universe 2012. Leila Lopes from Angola will crown her successor at the end of the event.

Rina Chibany, who was crowned Miss Lebanon after a fierce competition in the final between with her twin sister Romy, is expected to be one of the favorites to win the international crown.

Read More about Miss Lebanon 2012 competition with the full album:

Newer Post Tour Hamra Hotspots with BeirutNightLife.com
Older PostNajwa Karam Stops her Concert in Australia after throwing money at her