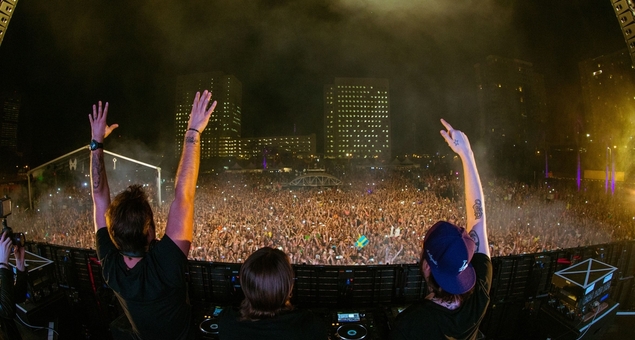 The “One Last Tour” officially started in Dubai last year and came to a dramatic and emotional conclusion at the Ultra Music Festival in Miami at the end of last month. The biggest EDM group in the world, Swedish House Mafia, which consists of DJs Axwell, Steve Angello and Sebastian Ingrosso, took to the stage at Ultra to deliver what was to be their last ever performance together.

Over 55,000 people turned up to Miami Beach to see the sold-out show, with the Swedes playing the headline act on the last day of the two-weekend festival.

It was Swedish House Mafia’s last set ever together as they drew the final curtain on SHM, where it all began for them: at Ultra Music Festival. In an emotional and inspiring show, their fans and many of their friends in the industry came out to watch the group close the book on Swedish House Mafia and their “One Last Tour,” including Skrillex, Afrojack, Zedd, Thomas Gold, AN21 and many more.

The group were introduced by none other than legendary Pete Tong, as they began their final set, which started off with “We Come, We Rave, We Love” and  ”Greyhound.”

As Axwell introduced him and his SHM counterparts to the crowd, chills ran down everyones spine, as he yelled, “We are STILL the Swedish House Mafia!”

The 90-minute set included all of our Swedish House Mafia favorites like “Leave The World Behind,” “Antidote,” their remix of “Every Teardrop is a Waterfall,” “Miami 2 Ibiza,” and more. 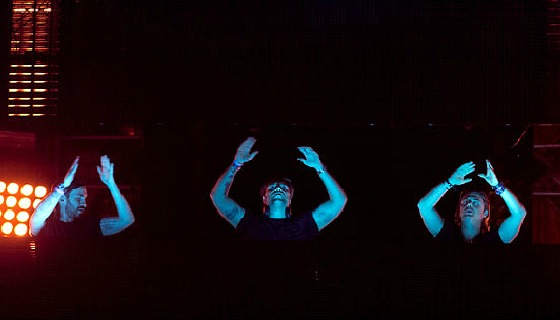 The final 10 minutes of the last ever set was extremely moving, and ended with two of their best tracks “Save The World,” and “Dont You Worry Child.” As they were being blasted out of the speakers at the main stage, Axwell said, “You know that we came, you know that we raved, and that we love you!”

As the crowd screamed out “Encore! Encore!” an acoustic version of “Dont You Worry Child” began to play, and the entire main stage was singing in unison as “You came, you raved, we loved it” rolled across the screen on stage. An emotional ending to an emotional night!

The trio, which was officially formed in late 2008, has achieved enormous success the world over both on the charts and on tour with the group being the first ever EDM group to sell out Madison Square Garden for one night only back in December 2011 in under nine minutes!