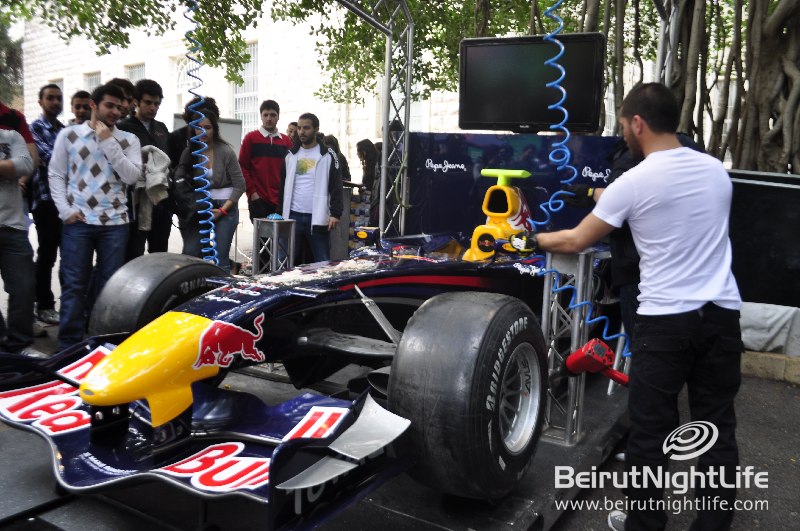 Students at the American University of Beirut stumbled upon something they weren’t expecting to see on campus: Red Bull’s F1 team’s car, the car driven by Mark Webber himself.

The Red Bull Team flew in the Formula One racing car, and reassembled it inside of AUB. All the parts were there, except for the engine of course, for proprietary reasons. After all, Red Bull wouldn’t want the AUB Engineering students figuring out the secret behind Red Bull’s grand-prix winning cars.

The task was simple; two teams compete to change an F1 tyre in the least amount of time. Armed with their bare hands (and some hydraulic heavy machinery), the teams raced to change the multi-thousand dollar rubber in a matter of seconds.

Along with the F1 car came Tanguy, arguably Lebanon’s biggest radio personality. Tanguy was refereeing and commentating, cracking jokes and attracting the crowds who were in between classes, or even skipping them.

The much-needed excitement was most welcome in AUB’s usually serene and calm campus. The crowds, the music, Tanguy, the F1 car and plenty of Red Bull to go around made the event a memorable for AUB students who participated, watched or merely walked by.