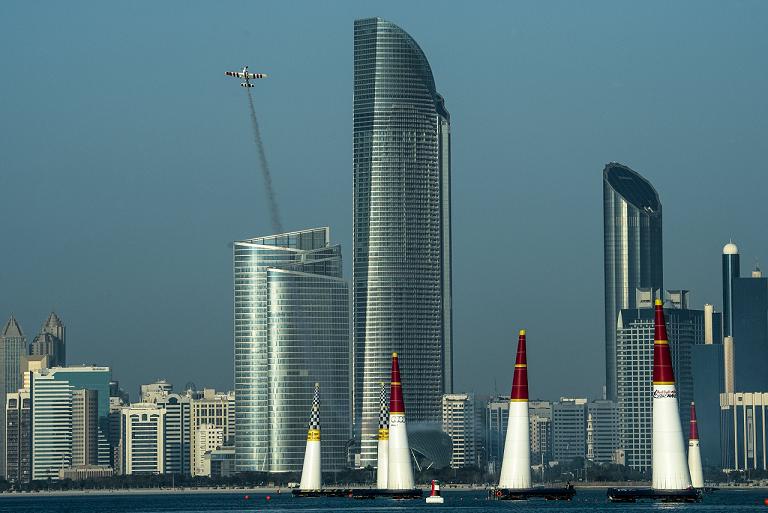 The Red Bull Air Race World Championship returned from a three-year break with a spectacular three-way battle for the victory in the bright blue skies over Abu Dhabi with Britain’s Paul Bonhomme prevailing in front of thousands of spectators.

Britain’s Paul Bonhomme won the 2014 Red Bull Air Race World Championship season opener in Abu Dhabi on Saturday with a clutch performance in a pressure-packed finale ahead of his perennial rival Austria’s Hannes Arch in second and Canada’s Pete McLeod in third.

The defending Champion had fallen behind both red-hot McLeod, who got a career-first podium, and his old nemesis Arch in the penultimate round of the high-speed, low-altitude racing over the turquoise waters of the Arabian Gulf but managed to fly nearly two seconds faster in the final round with the day’s best time – 56.439 seconds with Arch a blink of an eye behind in 57.776. It was a fittingly thrill-filled start to the 2014 season of the world’s fastest motorsport series. 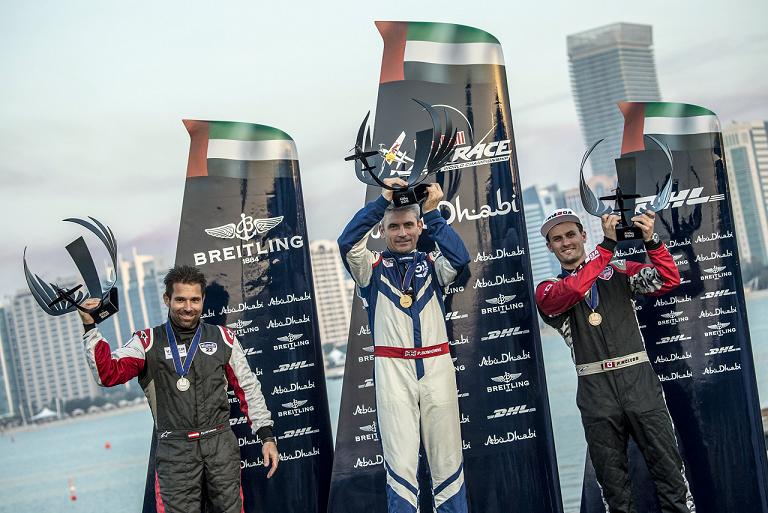 “There was huge pressure out there and it was so much work to get back here,” said Bonhomme, who won the 2009 and 2010 championship ahead of Arch. But both were worried that rule changes, such as the introduction of standardized engines for all 12 pilots, would make the field more competitive and that is exactly what happened with McLeod, Matt Hall of Australia and Nigel Lamb of Britain, and Martin Sonka of the Czech Republic all flying within a second of each other in Friday’s Qualifying session.