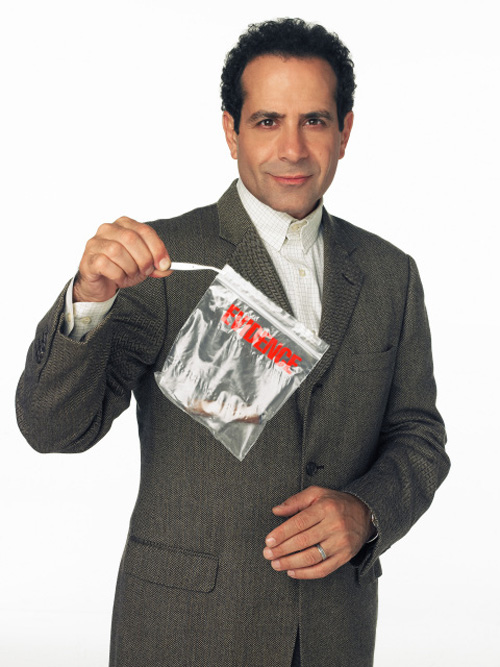 Shalhoub was born and raised in Green Bay, Wisconsin. His father, Joe Shalhoub, emigrated from Lebanon to the United States as an orphan at the age of 10. He married Shalhoub’s mother, Helen, a second-generation Lebanese-American, and founded a family grocery chain, starting with a store in downtown Green Bay.

The second youngest of the couple’s 10 children, Shalhoub was introduced to the theater by an older sister, who put his name forward as an extra in a high school production. 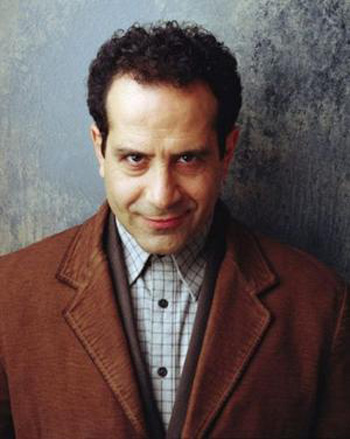 One of his first television roles was in 1991 as the Italian cabdriver Antonio Scarpacci in the sitcom Wings. Shalhoub was pleasantly surprised to land the role after having a recurring role in the second season. Shalhoub affected an Italian accent for the role. In the same time period, Shalhoub played physicist Dr. Chester Ray Banton in the X-Files second-season episode “Soft Light”.

Shalhoub’s film roles following his Wings breakout included an excitable producer in Barton Fink and a fast-talking lawyer in The Man Who Wasn’t There (both directed by the Coen brothers), a linguistically unidentified cabby in Quick Change, a Cuban-American businessman in Primary Colors, a sleazy alien pawn shop owner in the Men in Black films, a sympathetic attorney in A Civil Action, a widowed father in Thir13en Ghosts, a cameo role in the film Gattaca, and a has-been television star in Galaxy Quest. He also had a co-starring role in the film Big Night, where he plays an Italian-speaking chef complete with accent. And in 1995 he had a role in the hit NBC sitcom Frasier in the episode “The Focus Group” as an Arab newsstand owner named Manu Habbib.

Shalhoub also did voice acting for the 1997 computer game Fallout.

He later returned to series television in 1999, this time in a lead role on Stark Raving Mad opposite Neil Patrick Harris. The show did not attract much of an audience and NBC canceled the series in July 2000.

After a two-year absence from the small screensince 2000, Shalhoub starred in another TV series, Monk, in which he plays a San Franciscodetective diagnosed with obsessive compulsive disorder, for USA Network. Michael Richards had been offered the role when the show was being considered for broadcast on ABC, which later reran the first season in 2002, but he eventually turned it down. Shalhoub was nominated for an Emmy Award for Outstanding Lead Actor in a Comedy Series in seven consecutive years from 2002 to 2009, winning in 2003, 2005, and 2006. He also took the Golden Globe award for Best Performance by an Actor in a Television Series – Musical or Comedy, in 2003.

In addition to his acting work, Shalhoub, along with the Network of Arab-American Professionals and Zoom-in-Focus productions, established The Arab-American Filmmaker Award Competition in 2005. Arab-American filmmakers submitted screenplays, with the chosen winner flown to Hollywood to have their screenplay produced. Two runners-up were also invited to participate in the production.

Lately, Shalhoub, 53, has been adding to his resume not only as an actor but also as a producer and advocate, reaching back to his Arab-American roots. One of his projects, an upcoming independent film titled American East, tells about ordinary Arab-Americans in Los Angeles whose everyday lives and plans have been altered by the Sept. 11 attacks.

“Spike Lee had his agenda and his vision. It’s been done in the Hispanic-American community,” Shalhoub said.

“If ever there was a time for it to be done for the Arab-American community, it’s now,” he said.

If he hadn’t succeeded as Monk, an everyman character of indeterminate ethnicity, it might have been more difficult for him to be a successful advocate, said Hesham Issawi, director of American East.

“People don’t even realize he has a Lebanese background. He has the money, the artistic power and the influence in Hollywood to make some change in the image. And he’s not afraid of doing it.”

Shalhoub was one of the celebrity judges for the 2003 “Bush in 30 Seconds” advertisement competition.

He also appeared with Alec Baldwin in the 2004 Hollywood satire The Last Shot as a gruff small-time mobster with a love for movies, and as the voice of Luigi in the 2006 Disney/Pixar film Cars.

In 2007, Shalhoub played Charlie in The Scene off-Broadway.

He received a 2008 Grammy nomination in the category “Best Spoken Word Album For Children” for his narration of The Cricket in Times Square.