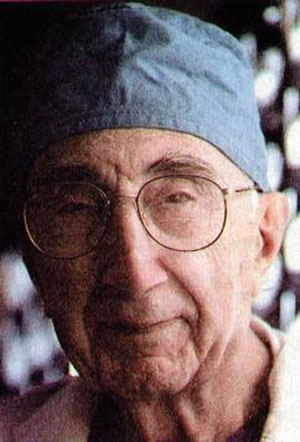 DeBakey received his BS degree from Tulane University in New Orleans . In 1932, he received an M.D. degree from Tulane University School of Medicine . DeBakey completed his surgical fellowships at the University of Strasbourg , France and at the University of Heidelberg , Germany. Returning to Tulane Medical School, he served on the surgical faculty from 1937 to 1948. From 1942 to 1946, he was on military leave as a member of the Surgical Consultants’ Division in the Office of the Surgeon General of the Army, and in 1945 he became its Director and received the Legion of Merit. He helped develop the Mobile army Surgical Hospital (MASH) units and later helped establish the Veteran’s Administration Medical Center Research System.

He also joined the faculty of Baylor University College of Medicine in 1948, serving as Chairman of the Department of Surgery until 1993. DeBakey was president of the college from 1969 to 1979, served as Chancellor from 1979 to January 1996, he was then named Chancellor Emeritus. He was also Olga Keith Wiess and Distinguished Service Professor in the Michael E. DeBakey Department of Surgery at BAylor College of Medecine and Director of the DeBakey Heart Center for research and public education at Baylor College of Medicine and The Methodist Hospital. His ability to bring his professional knowledge to bear on public policy earned DeBakey a reputation as a medical statesman. He was a member of the medical advisory committee of the Hoover Commission and was chairman of the President’s Commission on Heart Disease, Cancer and Stroke during the Johnson Administration. He worked tirelessly in numerous capacities to improve national and international standards of health care. Among his numerous consultative appointments was a three-year membership on the National Advisory Heart and Lung Council of the National Institutes of Health.

At age 23, while still in medical school at Tulane University, DeBakey invented the roller pump, the significance of which was not realized until 20 years later when it became an essential component of theheart-lung machine. The pump provided a continuous flow of blood during operations. This, in turn, made open-heart surgery .

With his mentor, Alton Ochsner, he postulated in 1939 a strong link between smoking and carcinoma  of the lung. DeBakey was one of the first to perform coronary artery bypass surgery, and in 1953 he performed the first successful carotid endarterectomy. A pioneer in the development of an artificial heart, DeBakey was the first to use an external heart pump successfully in a patient. 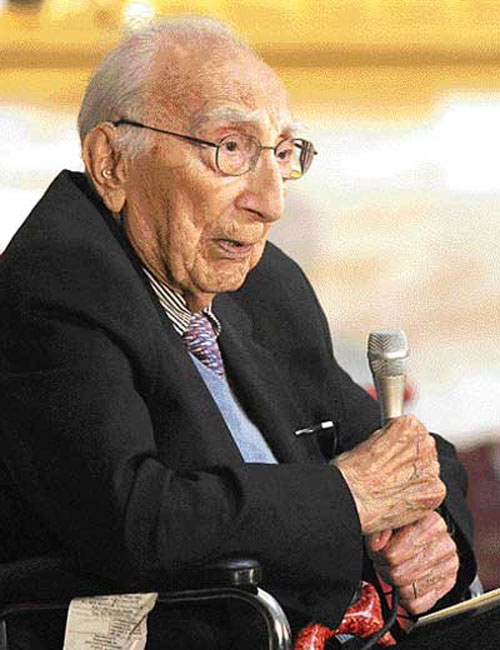 DeBakey pioneered the use of Dacron grafts to replace or repair blood vessels. In 1958, to counteract narrowing of an artery caused by an endarterectomy, DeBakey performed the first successful patch-graft angioplasty. This procedure involved patching the slit in the artery from an endarterectomy with a Dacron or vein graft. The patch widened the artery so that when it closed, the channel of the artery returned to normal size. The DeBakey artificial graft is now used around the world to replace or repair blood vessels.

In the 1960s, DeBakey and his team of surgeons were among the first to record surgeries on film. A camera operator would lie prone atop a surgical film stand made to DeBakey’s specifications and record a surgeon’s eye view of the operating area. The camera and lights were positioned within three to four feet of the operative field, yet did not interfere with the surgical team. DeBakey worked together with Denton Cooley while they both practiced at Baylor College of Medicine. According to the April 18, 1969 issue of Life magazine, they had a disagreement associated with Cooley’s apparently unauthorized implantation of the first artificial heart in a human. DeBakey had set the surgery for Friday, April 4, 1969, and because of a schedule conflict relating to a speech in Corpus Christi, TX, rescheduled it for the following Monday. Cooley then rescheduled back to the original date and performed the surgery while DeBakey was out of town. The press covered the surgery and Cooley gained much publicity. Debakey was angry at Cooley for his actions. Cooley then left Methodist Hospital and signed on with St.Luke’s Episcopal Hospital across the street. Their disagreement turned into a bitter feud that lasted for decades;the two men reconciled in 2007, but DeBakey made it public by inviting Cooley to his Congressional Gold Medal ceremony.On May 2, 2008, DeBakey inducted Cooley into the Michael E. DeBakey International Surgical Society, presenting him with a leather-bound copy of the first medical article the two co-authored and a lifetime achievement award.

To the amazement of his colleagues and patients, DeBakey continued to practice medicine into an age well after most others have retired. DeBakey practiced medicine until the day he died, and nearly reached 100 years of age in 2008. His contributions to the field of medicine spanned the better part of 75 years. DeBakey operated on more than 50,000 patients, including several heads of state. DeBakey and a team of American cardiothoracic surgeons, including George Noon, supervised quintuple bypass surgery performed by Russian surgeons on Russian President Boris Yeltsin in 1996.