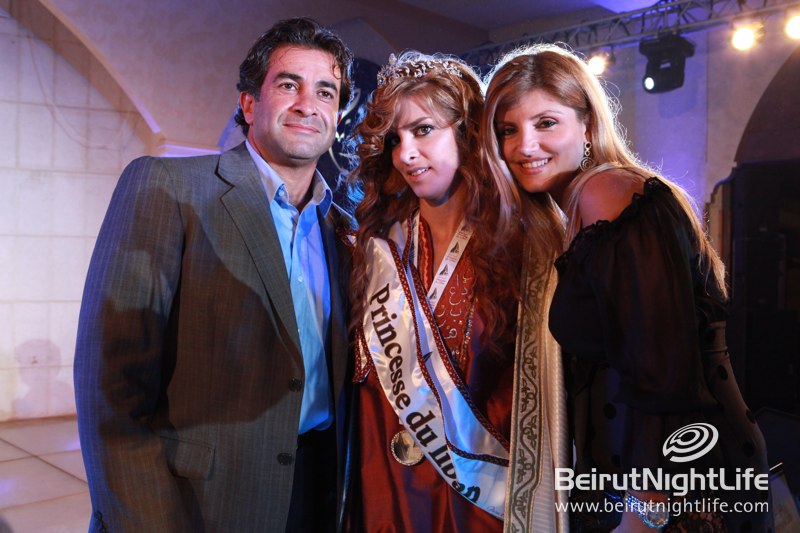 A concept event created by director Michel Khattar, Princess of Lebanon is a national event that gather culture and beauty. The event is based on the principle of good manners education and involves all aspects of the traditional life and architecture in Lebanon

Protocol, Lebanese architecture, design, theater and poetry are the basis of it’s concept. Girls that attended workshops in the Academy of Good Manners, created specially for this event, were taught during the basis of protocol, architecture, tapestry, theater  and art, during the one month course, by professors from the Lebanese University at the academy situated in Deir el Qamar, the town of the Emirs in the Universite Libanaise campus.

After the workshops the participants confronted a jury of  professors and were asked a series of questions about the particular cultural subjects.

The final event was held during a Gala Diner at Hotel El Kadiry, Zahle – the Hotel was reopened especially for this event.

The principal families of Lebanon, Lamah, Chehab and Irslan attended the ceremony.

This event is in collaboration with the Ministry of Culture with Minister Gaby Lyoun as well as The ministry of Tourism with Fady Abboud.  The Lebanese University, Fine Arts branch in Deir el Qamar and Director Dr Mouhamad el Hajj.

During the gala dinner, national singer Darine Hadchity and jazz singer Lena Allam enchanted the Hall with an outstanding performance.

Confronting the jury, the 4 finalists were asked questions and the votes from the public were collected, enabling Miss Jessica Chantiry to hold the first title of Princess of Lebanon.

The Princess of Lebanon was crowned with a $70.000 crown by PAOLOBONGIA.

Newer Post Sony Pictures Classics Acquire all US Rights to Nadine Labaki’s WHERE DO WE GO NOW?
Older PostCherry On The Rooftop An Ultra Lounge For BNLer’s To Enjoy!