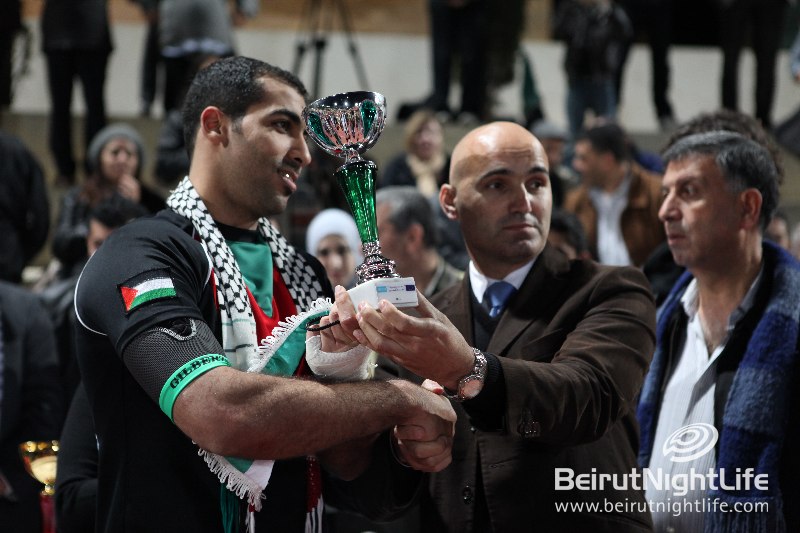 The AUB Greenfield was the scene of a first match of its kind between Palestinian and Lebanese (American University of Beirut) Rugby teams, in the presence of the Head of the Delegation of the European Union Ambassador Angelina Eichhorst, Ambassador Abdallah Abdallah the representative of PLO in Lebanon, Mr. Youssef Chahine, representing the Lebanese Minister for Sports and Youth, Ms Maya Majzoub, President of the Lebanese Palestinian Dialogue Committee, UNRWA Commissioner General Filippo Grandi, as well as
high ranking officials, ambassadors and European Union representatives.

The game comes within the framework of a “Dignity for All” project launched by UNRWA, and funded by the European Union through its Humanitarian Aid Department. This project aims at advocating for a life in dignity that preserves all human values for Palestinians in Lebanon.

Addressing the audience, Ambassador Eichhorst said: “The situation of Palestinian refugees in Lebanon has very important political, economic and social dimensions. The European Union plays a major role in improving their living conditions, as well as in promoting better enjoyment of their rights. Lebanese and Palestinian people live side-by-side, and have more in common than they sometimes believe. Sports are an invaluable way to convey values of solidarity and dialogue, respect and dignity.”

Stressing on the importance of sports in enhancing “Dignity for All”, Mr. Filippo Grandi said “Sports help build bridges between societies and this is a welcome initiative for the Lebanese and Palestinian Refugee communities in Lebanon. The Palestinian youth in Lebanon want to show their talent, ambitions and hopes but most importantly they want to be able to “live in dignity” until a just solution is found to their plight”.
In 2008, Rabih Al Masri, a Palestinian graduate in Management of Sports Organisations from Audencia School of Management in France set the base by starting to train potential Rugby players from different Palestinian camps of Lebanon. The goal was to help the Palestinian youth inside the camps reflect the best image of Palestine and stay healthy and fit. To this present date, there are 80 Palestinian Rugby players trained and forming three Palestinian teams.