One on One
BNL 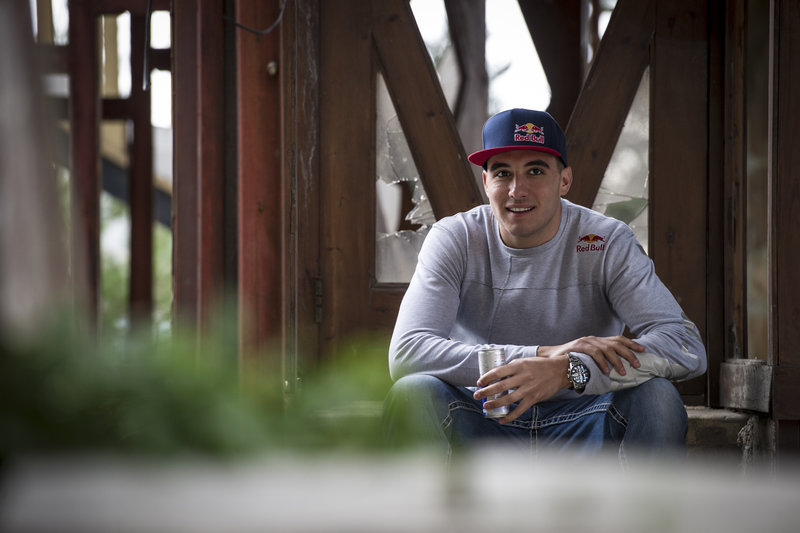 How did your exciting journey with motorsports kick off and when exactly did you realize you have that spark for cars?

My passion for cars and motorsports started in my early childhood. My father is a classic car enthusiast and owns three amazing classics: a 1975 Porsche Carrera, a 1964 Maserati Mistral, and a Ferrari Dino. These cars were at home long before I was born. In addition, our family business is linked to automotive, which was a contributing factor. At the age of 4, my father got my brother and me a 4-hp go-kart, and we started practicing while he used to drive his 25-hp go kart. This is how it all started. Later on at the age of 6, I started driving his go-kart and that became a part of my daily life.

My uncle was also a rally driver in the early 90s. He used to park his car at my grandparents’ house, and I remember spending a lot of time just sitting in the car, without feeling bored. I also used to race remote control cars on a track.

So basically everything my brother and I used to do was related to cars one way or another. In 2009, I attended a driving school in France, and in 2010 I started my career as rally driver.

Who encouraged you to venture into the world of cars? Who is your role model in motorsports?

My passion for motorsports was my main driver. I knew I would do well, and so I was able to convince my parents to support me with this. My role model in Lebanon was Roger Feghali who is the best driver up until this date. His commitment, the way he prepares himself, and the way he rallies… all this inspires me to become a champion one day.

On the international level, I admire Thierry Neuville, who is my age and who was able to make it to the top.
In your opinion, what are the most common challenges in rallying, and motorsports in general? And how do you assess the Lebanese talents in rallying compared to their counterparts in the region?

The challenges in rallying are many. The fact that we race on a public road rather than a dedicated one for rallying is a major challenge. We have many uphill and downhill terrains, variations of grip level, sometimes even water on stage. The weather can also be a challenge, and we have to make the correct choice for tires. Also the fact that we get just two runs of reconnaissance, and we have to go flat out afterwards is a challenge. We always have to make sure our notes are perfect.

I believe that Lebanon is home to the top drivers, and I am 100% confident that if Lebanese drivers enjoyed the level of support regional and international drivers have, we would have a Lebanese in the top 5 of the World Rally Championship.

Tell us more about the man behind the wheel

The personality, attitude, commitment, practice, and preparation that I do when I’m not driving, reflect on the man behind the wheel and during the rally. It is no magic. It’s just like in school, when a student listens in class, does his homework, studies on a daily basis, and prepares well for an exam, it’s no surprise that he’s going to score well on the day of the exam. 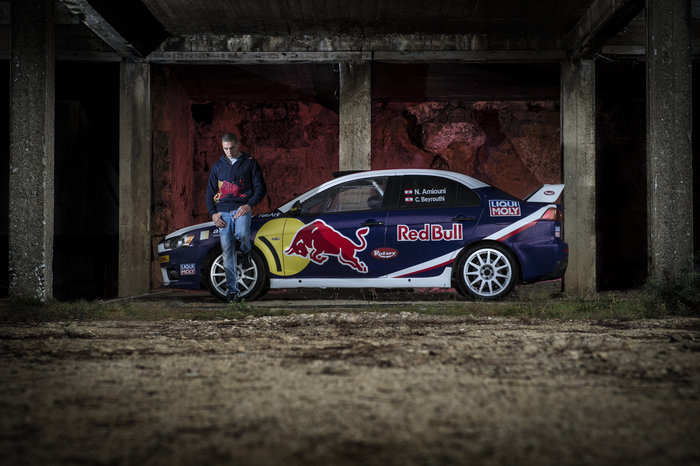 Tell us something about you that very few people know. What makes Nicolas Amiouni tick?

I have no hidden secrets; I lead a normal lifestyle just like everyone else, while balancing my professional and personal life. I’m always careful when it comes to diet, and I’m on a strict physical training program. I use my off-season time to prepare in order to keep on improving. What keeps me motivated is my belief that one day I’m going to become a champion, and knowing how much I can still improve. In addition, the confidence that my family and friends have in me gives me a great push, and I feel the responsibility of achieving the results and not letting them down.

What do you normally do in your free time? What are your passions in life?

I graduated from university last year, so I used to spend a great deal of time studying alongside rallying and training. Now that I finished university, I’m making use of my free time by training for almost 2 hours, 4 days a week. Also, I scuba-dive during summer, and I snow-mobile during winter time. My only target for the near future is to compete on an international level, and that would be the World Rally Championship. That’s my goal and that’s what will keep me going.

Where do you see yourself 5 years from now?

It’s very difficult to say. If I was given the chance to have a 3-year program in the World Rally Championship and enough seat time, I would definitely be on top of it! I know it, and if I had 1% doubt in my potential I would’ve quit long time ago!

Newer Post The Best Coffee in Beirut
Older PostA private cinema just for you, your friends and the big-screen in ‘myVOX’