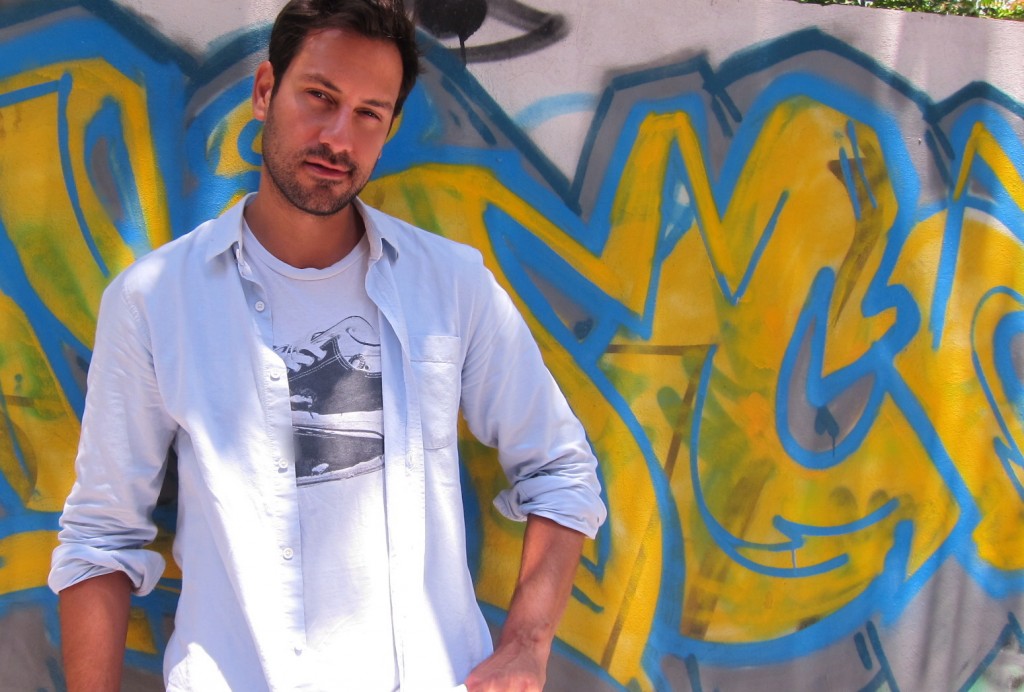 Tall dark and handsome… but that’s not all… I would add innovative and super meticulous to the importance of details, Joey Ghazal, 32, is C.E.O & Founder of L.E.T (Les Enfants Terribles) Entertainment S.A.L, a Beirut based concept development and restaurant management company. Established in 2010 by Joey Ghazal, Ramzi Traboulsi and Joey’s younger brothers Eddie and Charlie Ghazal, L.E.T Entertainment jointly-owns and manages two concepts in the eagerly anticipated, Zaitunay Bay.

Earning a reputation as one of North America’s premier concept design, marketing and event organizers, Joey has overseen the conceptual development and marketing of renowned Montreal concepts, such as La Queue de Cheval Steakhouse & Bar and La Boulangerie de Montreal (MBCo) to name a few. A native Lebanese, born in Canada, Joey’s work on the wildly popular, BRGR Co, launched the burger craze in Beirut when it opened on Abdel Wahab street over a year ago.

Joey’s latest venture, FEAST FOR CHANGE, has been the talk of the town since it took place earlier this week at Sursock Palace gardens. Dubbed ‘The first official food & wine event in Lebanon’, FEAST FOR CHANGE was organized for the Syndicate of Owners of Restaurants, Cafes, Night-Clubs & Pastries in Lebanon, which has been in existence since the 1940s. The event, which was sponsored by Bank Audi, MasterCard, Vresso and Boecker was attended by Syndicate Board Members, as well as city’s top VIPs, socialites, ministers, media and owners of the following businesses who also generously offered to set up live cooking and beverage stations at the event:

FEAST FOR CHANGE, which is poised to become an annual event, was under the patronage of Lady Sursock Cochrane who has donated a percentage of proceeds to her foundation for protecting natural sites and old buildings in Lebanon [APSAD – http://www.apsadonline.com/].

We have two very different concepts opening in the new Zaitunay Bay project, which is now among very select Marina’s in the world, such as Portofino, St. Tropez, Gustavia in St. Barts or Port Hercule in Monaco.  I knew immediately that Zaitunay Bay was a natural fit for each of our concepts. Beirut was missing a New York style Steakhouse, and the Marina perfectly captures the glamour and sense of excess that are synonymous with a true Steakhouse experience.

Our city was also missing a great seaside brasserie where people from all walks of life can gather and enjoy an uncomplicated celebration of food and drink against the beautiful backdrop of the Beirut Marina!

Tell us about your new concepts.

Each concept represents the two polar sides of my personality. I feel that the Steakhouse appeals to my serious, corporate, macho side, while the seaside eatery has been designed, somewhat self-consciously, to represent my laid back, fun and urban side.

Named after the ‘Caveman’ era, CRO MAGNON is Beirut’s only American glamour steakhouse. Offering the full range of Grain Fed USDA Prime Beef Cuts, such as the Porterhouse, the Rib-eye Steak, the New York Sirloin and even their own signature Bone-In Filet Mignon. Local Architect, Nabil Dada and Montreal concept developer, Joey Ghazal have designed a dramatic interior that features high vaulted ceilings, a 500 bottle wine cellar, an exhibition grill and a retail butcher. The wine cellar at CRO boasts an impressive selection of European and New World wines. The bar features live jazz, single malts, cognacs, aged ports and a range of premium Cuban and Dominican cigars. CRO also serves a significant range of surf n’ turf steakhouse classics such as the 8oz Filet Mignon and Rock Lobster Tail. Lunch at CRO MAGNON will offer great value with a ‘Prix-Fix’ which includes an appetizer, a main course and dessert for those looking for a ‘Business Power Lunch’.

Named after the patron saint of sailors, St. ELMO’S, which was designed by Architect Aal Chamaa Batal, serves affordable, round-the-clock ‘comfort food’ accompanied by an unpretentious wine list at very reasonable prices. Featuring a host of seasonal and inventive favorites, like the classic fish & chips, bloody Mary mussels, Italian Steak Tartare and their very own St. ELMO’S Burger, ELMO’S is sure to be a busy lunch, dinner, afternoon tea and weekend brunch place, and the perfect venue to enjoy a Happy Hour pitcher of Sangria or Draft Beer by the Mediterranean.

Don’t you think the country is saturated with restaurants already?

There are new restaurants opening all the time, but that doesn’t mean that the market has become saturated. The market’s needs have to be met in order for the market to become saturated and I believe that there is still a lot of gaps that still have yet to be filled. Admittedly, Beirut’s dining scene is largely trend based, first there was the sushi trend, then came the Burger trend. There’s a lot of copying that happens, which is unfortunate because I feed on originality!