2U2C: A Look Into Unmatched Event Coordinating with Jyad Murr

One on One
Michelle K. 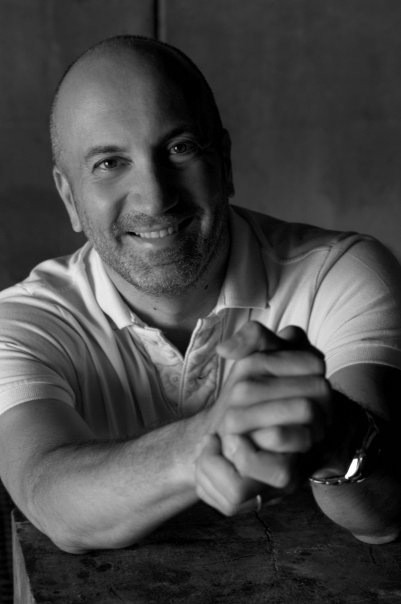 When Placebo performed in Lebanon, we cheered. When Luciano Pavarotti graced Lebanon, we awed. When 30 Seconds to Mars played in Lebanon, we rocked out! Time after time the names of huge international acts are listed on the bill at venues across Lebanon, but where are the bands coming from? How do they know about the music scene in Lebanon; and most importantly, who is making this all happen? Let me introduce to you, 2U2C. A company founded by Jyad Murr in 1979, which provides professional organization of all types of events, concerts and anything you can think of that, has to do with the music and live entertainment field. Events like these take endless amounts of knowledge and entertainment know how. Being that 2U2C has been in the event production business for over 20 years, it is safe to say they are true concert veterans. I sat down with the man who started it all to take a more personal look into the company that provides unmatched entertainment. Jyad Murr himself shared the following information with BNL.

2U2C, The Facts:
“The company began as RML (Radio Mount Lebanon) which then developed into what is now NRJ Lebanon. In the progression of a radio station, it is natural to host events; so in 1986/1987, we started the Rock festival where we brought 12 bands every year. We also welcomed performers such as Ghassan Rahbani, Angel, Carole Samaha and even one of my bands, Fugitive Entity!” [Jyad sang and played keyboard.]
“We continued bringing more acts. Alphaville, for example, brought a 5,000 person audience. Lots of artists followed French Mark Almond, Jose Carreras, French acts and many more all under the RML name.”
“Luciano Pavarotti was a huge event we hosted in 1999, in collaboration with Nazek Hariri and the Beirut festival. Alanis Morissette and Air supply were also amazing!”

And how were these artists chosen?
“We picked people who were constantly featured on Nostalgie and RML. It also had to be great performers that we could actually afford. We always wanted U2, Madonna and Michael Jackson, but it was unfortunately out of Lebanon’s reach.” RML then shifted to NRJ Radio and due to having a countless amount of events and plans for the future the event company was created.
“2U2C was born in order to give big live acts and Lebanon a chance.”

What’s In a Name?:
“2U2C was called that because we needed a short name that could also express something. Think “for you to see” and that “we are bringing something for you to see.” So, what’s in a name? That is exactly it; 2U2C (to you, to see). 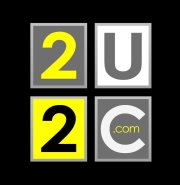 What has been going on in 2U2C news?
“Well, finally after 10 years we are changing the logo, which will be released very soon. It is similar to the old logo – to stick to our guns – but has a new spirit.”
“Latest news is that we are under attack by a fanatic group which we are suing as they seem to believe that 2U2C are pro-Israel.”

Why?
“Because we brought Placebo and Gad el Maleh…it’s hard because we have an amazing company and love doing what we do but we constantly struggle with religious fanatics who hold Lebanon back.”
This section is what I call “The Grind”. I asked Jyad to tell me what comes to mind when hearing the following:

What are some of your favorite bands?
“Oouuuufff so many! Muse, 30 Seconds to Mars, U2, Pink Floyd, Within Temptation, Japan, David Sylvian, Gathering and so many more. This question is almost impossible for me to answer!”

Does it stop at 2U2C for Jyad?
“No, actually we want to start up Arab Booking, which will be a booking agency for Arab talents and artists, and I am dreaming and hoping to one day open a venue for Lebanon to enjoy amazing concerts.”

2012 Preview:
“2011 was one of the busiest years in concerts for us. We had over 50 artists/shows of different genres including Rock, Oldies, Dance, Arabic and more, so it might be hard for us to beat 2011. Here’s to 2012; we are really hoping to reach our goals!”

Although Lebanon is small in size, it is needless to say that it must lack in anything; especially in amusement, joy and entertainment. Companies such as 2U2C have made this evident. From one music fan to another, thank you 2U2C!

Newer Post New Year’s Eve and Beyond with Nadine Zeenni New Fashion Collection
Older PostChristmas Is Not For Us: A Basement Retrospective Fundraiser event at Art Lounge