This is a special request from a motorist who contacted BeirutNightLife.com for this article. Please note the content of the article reflects the views and opinions of the person who wrote it only and does not express the opinion of BeirutNightLife.com. 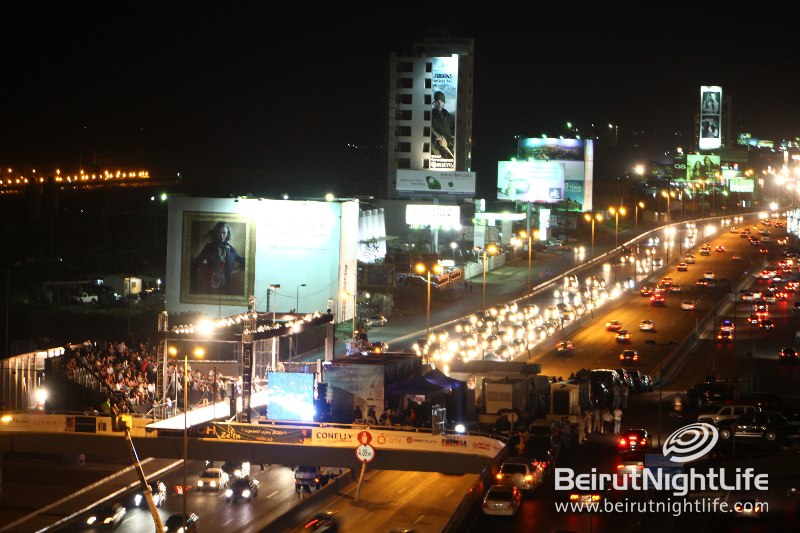 Bombs, protests, burning tires, terror threats, horrific accidents, never-ending corrupt infrastructure projects and exaggerated security for anyone remotely associated with the government, are all familiar causes of notorious traffic jams across Lebanon. If I miss a couple of classes, it is probably because one of the above is happening. The past two days though, something totally new and even more trivial than the above has made me and tens of thousands of Lebanese miss important obligations.

A fashion show means a lot of things to a lot of people. It is the pinnacle of art and elegance to some, a fantastic celebration of glam and glitz to others. It is also a brutal display of self-mutilation and dehumanizing parade that embodies a moral dilemma of modern society where models, usually women, are exploited for their looks and driven to inconceivable acts to maintain their skinny and unrealistic physique.

However, we’re not here to discuss these topics now. I don’t really care about a model’s psyche when I am stuck in traffic for one hour and 56 minutes to get from Rabieh to Antelias (a less than 5 kilometer jouney). I couldn’t care less about the latest fashion trends and realizing the dreams of a handful of models to get on the catwalk when my gas tank is on empty and my AC is full-throttle to be able to bear the heat of thousands of trucks and cars stuck in four lanes of non-moving traffic. In fact, I wouldn’t mind seeing the whole industry crash down on the heads of its moguls, if we get to a point where a fashion show can strand an ambulance in traffic for hours, leading to the loss of someone’s life. 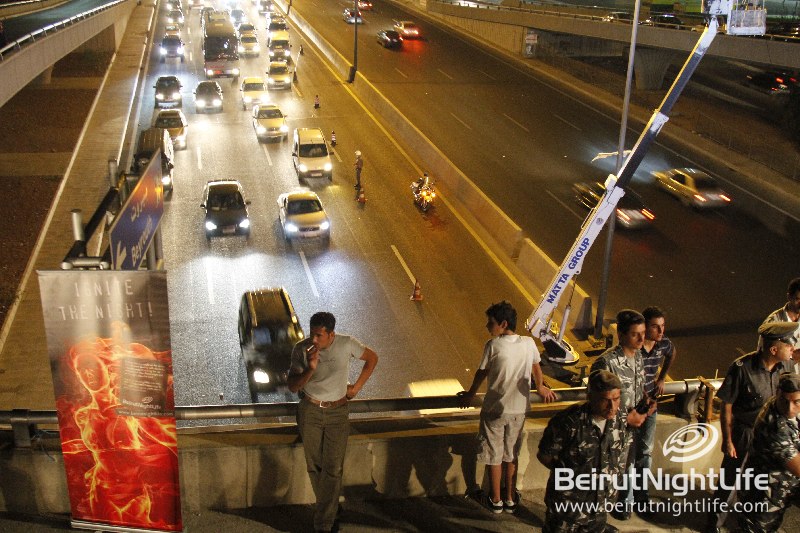 A fashion show? Seriously? Where do I begin in explaining how incredibly stupid, irresponsible, unoriginal and selfish this fashion show was. For those of you who still didn’t get what I’m talking about, Natalie’s Agency hosted a fashion show on one of Lebanon’s busiest causeways. The Naccache Bridge is the main route for Maten region residents towards Beirut. The catwalk cut it off for 3 whole days so that a bunch of anorexic young girls can parade themselves 4 meters above the highway. Which begs the questions who and why and of course really?!

Who is the responsible city or state official that authorized this event? It is ironic that the person in charge of coordinating our roads and infrastructure would allow for them to be crippled for a petty show of vanity and fakeness. The decision is highly questionable and the person in charge should be held accountable for all the damages this show caused.

Why is not very clear, and as far as I’m concerned, it did not help the fashion industry nor the organizers, who will forever be remembered as the people who ruined the day of hundreds of thousands of Lebanese commuters. As for the timing, it is highly questionable… Who would decide to close the Naccache Bridge during the first 72 hours of school and university for most Lebanese?

Really?! Mrs. Fadlallah told people, in a very non-chalant tone, to consider the fashion show “just another pothole” and that this show “is for our children and against drugs” I’m not sure how this fashion show will help my kids stay off drugs, but the attitude of Mrs. Fadlallah was one of irreverent arrogance affluent people in Lebanon enjoy. It would be nice to have a lot of money and get away with such a blatant disregard to Lebanese citizen’s everyday lives.

Minister for Interior Affairs and Municipalities Ziad Baroud severely punished the contractors who decided to conduct painstakingly slow road works in front of Forum de Beyrouth and thereby disrupting the lives of hundreds of thousands of Lebanese commuters.

My question to organizers of such an event is who do you think you are? Who are you to dictate what I should enjoy and shouldn’t? Who are you to obstruct the lives of so many people, with so much disregard? Who are you to enjoy such impunity whilst a less wealthy or powerful offender would face horrible abuses? Who are you to block a Lebanese citizen’s road for a questionable motives? Who are you to treat the Lebanese public as IQ less baboons sighting “drug awareness” as the reason for promoting a shady business that involves unclear human exploitation?

So, next time you want to do a fashion show, do it on your own time and money, and be sure that in a perfect world, you would be behind bars for crippling a whole region of Lebanon with greedy aspirations and disreputable motives.