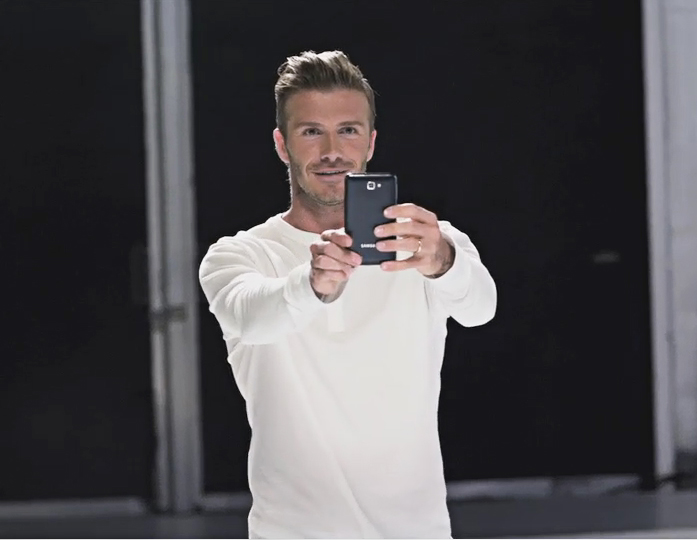 The video, which demonstrates the unique features of the Samsung GALAXY Note, showcases Beckham’s incredible soccer skills as he reproduces the melody of Beethoven’s classic ‘Ode to Joy’ by kicking a series of soccer balls against a 15-foot wall of drums. Beckham uses the GALAXY Note’s large screen to plan his sequence of kicks against the drums. Then he uses the S Pen to annotate a photograph and post it on Facebook, capturing his experience and sharing it instantly with all his seventeen million fans.

“I am excited to be partnering with Samsung as the official sponsor of the London 2012 Games in my hometown,” Beckham said. “I hope everyone will experience and enjoy the Olympic Games like they have never before.”

Samsung will also be offering a finest Suite upgrade for GALAXY Note users worldwide to provide a greater user experience of the device. The Premium Suite software package includes advanced note-taking applications, enhanced productivity tools, and an Android 4.0 OS upgrade. The update has started from Germany in May 10 and will be gradually rolled out in other regions.

GALAXY Note introduces a revolutionary new mobile device category.  Retaining all the portability of a smartphone, its immersive large screen and advanced pen-input capabilities enable new possibilities for creating, rendering and sharing content with unique self-expression and spontaneity. GALAXY Note continues to win praise from consumers across the globe, recently surpassing 5 million sales in only 5 months since its launch.

Samsung, the Worldwide Olympic Partner for Wireless Communications Equipment, will be demonstrating the latest smartphones including GALAXY Note in the Olympic Village and throughout London for the duration of the London 2012 Olympic and Paralympic Games.