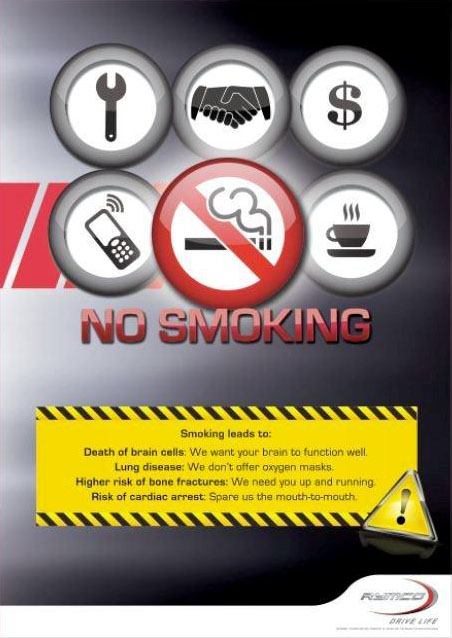 As part of its corporate social responsibility program, Rasamny Younis Motor Company (Rymco) announced full enforcement of a no-smoking policy starting the first of January 2011. The new policy, applied in all of Rymco’s offices, is paving the way to a safer and healthier lifestyle for its staff and visitors.

Rymco’s decision to become a smoke free institution stands for taking the environmental commitments seriously. “Though our contribution is considered minute in comparison to the issue of climate change and the health risk that are caused by smoking, we are confident that if more companies realize the influence of simple measures such as this initiative has on reducing environmental harm, perhaps more of them will adopt such strategies,” said Fayez Rasamny, Chairman of Rymco. “We prohibited smoking in all of Rymco’s enclosed areas within the company worksites while designating few areas for smoking” he added.

This is not the first initiative embraced by Rymco to expand their environmental commitments. In 2009 Rymco was the first automotive dealer in Lebanon to go carbon neutral by signing an agreement with UK-listed EcoSecurities to audit and offset the Company’s direct and indirect emissions of greenhouse gases. Also in 2010 Rymco was a main supporter for a new environmental study that aims to monitor the air pollution caused by traffic conducted by the Atmospheric and Analytical Laboratory (AAL) at the American University of Beirut (AUB).