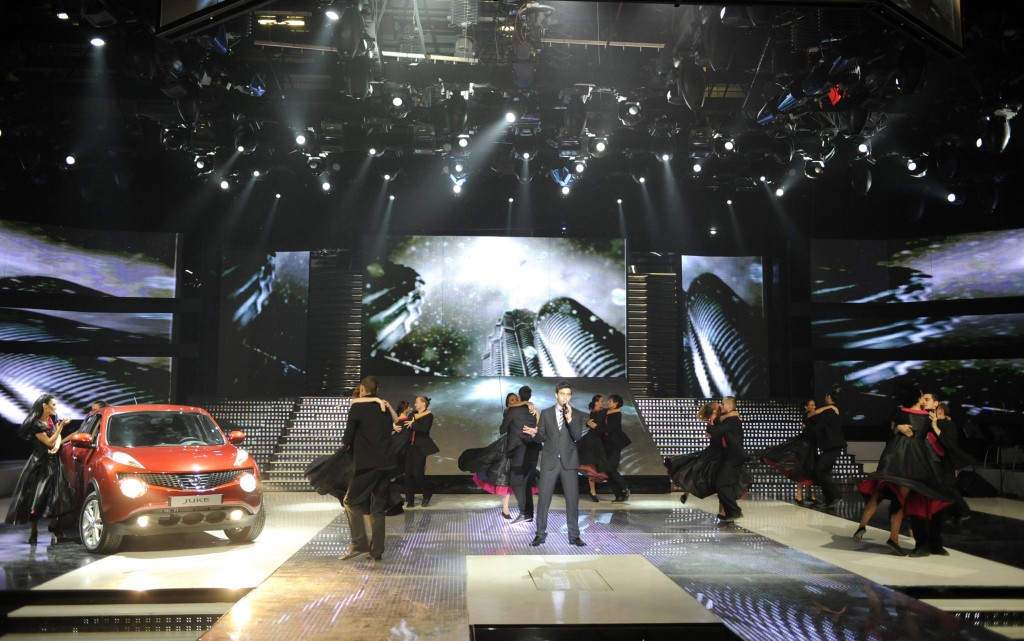 Nissan Middle East has joined with the hit pan-Arab reality TV show ‘Star Academy’ to create a soundtrack for the Nissan Juke TV commercial, the new compact SUV with sports car styling, which will be available in showrooms across the GCC in August 2011.  Aimed at a younger market, the Juke combines attitude, modish style and energy with a mischievous sense of fun.

General Manager of Marketing at Nissan Middle East, Syed Ahmed, said: “The Juke continues Nissan’s ambition to create vehicles which inspire and reward owners and onlookers alike. The Juke sits comfortably in many classes of vehicle – SUV, hatchback and sports car – without compromising practicality, performance or character. The combination gives it unique appeal while providing ample inspiration to those creating their own Juke soundtrack.”

Star Academy, which airs Fridays on LBC SAT TV, provided the perfect opportunity for collaboration with the Juke as it features the region’s best young, creative musicians who are looking to make their mark on the music scene.  Nissan Middle East approached the top eight students at Star Academy (Season 8) and gave each one a Nissan branded laptop with a personalized application (Nissan Juke Band) designed for the students to create a musical soundtrack using Nissan Juke parts. Students were given one week to come up with a track, with the best one is to be used as the official soundtrack for the Nissan Juke TV commercial.  The winner was announced during the Star Academy Final prime on Friday, July 15, with Gilbert Simon taking home a brand new Nissan Juke courtesy of Nissan Middle East.

The same application which was given to the Star Academy contestants is now available on Facebook (http://www.facebook.com/nissanjukeband) for all music enthusiasts to create their own unique tracks. The track with the most likes will compete with the one created by Gilbert, with a final vote determining the official soundtrack for the Juke TV commercial.

Like its bigger brothers, the Juke is a distinctive combination of SUV toughness and sporting style. Conceived to inject some masculinity and dynamism into the small car market, Juke combines a number of seeming contradictions into its highly individual lines.  From a design standpoint, the lower portion of Juke is pure SUV. It combines chunky wheels, wide tyres, extended ground clearance and a robust stance with a top portion that is unadulterated sports car, with a high waistline, slim visor-like side glass graphics and a coupé-style falling roofline. The coupé effect is further underlined by the rear doors which have their handles hidden in the frame of the door.

Two engines are available for the Middle East region, the 1.6-L (litre) Gasoline Engine unit and the 1.6L Direct Injection Gasoline Turbo Engine. At the top of the range is a new turbocharged petrol engine (MR16DDT) with direct injection (DIG-T). The engine is one of the most powerful in its class, developing 140kW and 240 Nm with low fuel consumption. The combination of direct injection with a turbocharger provides the power and responses expected from a 2.5-litre engine with the economy of a smaller engine.