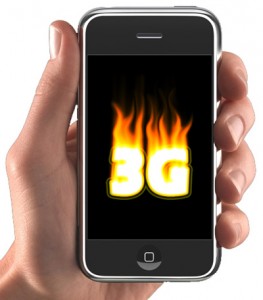 The minister of telecommunication Nicolas Sehnaoui has underlined MoT’s commitment to development and growth moved by the strong will to score achievements and reflected in the uplifting of the telecommunication network in Lebanon to meet the highest international standards through the launching of the 3.9G and the fiber optics.

Minister Sehnaoui had pronounced those words during a press conference held by mtc touch, the leading mobile telecommunications operator in Lebanon and Zain affiliate, to officially unveil its 3.9G HSPA+ services at the Phoencia Intercontinental Hotel.

The conference kick started by a welcome note given by Mr. Claude Bassil, General Manager of mtc touch, who stated, “We all agree that 2010 represented a key milestone in the mobile telecom sector in Lebanon, where it was bustling with several and crucial preparatory phases to launch the 3G services in the country. We are here to celebrate the official launch of the 3.9G HSPA+ technologies in Lebanon, already in use by 98,000 of our subscribers and to which 7,000 customers have subscribed in just one day. In the launching phase of this cutting edge service, MTC Touch will exclusively provide coverage to the biggest number of its clientele and web users who will be able to start using 3G services. The areas covered will include Beirut, Saida, Zahle and several parts of Larger Beirut through the upgrade of 420 out of 850 sites in total. We are also pleased to say that we have approved a fast executed plan to make this service available throughout all Lebanese territories by the beginning of 2012.”

Bassil stated that MTC Touch is still at a leading standing in the mobile telecom sector, as it will be equipping 50 sites on its network with Long Term Evolution (LTE) technology – known as 4G technology – with a speed of 173 MB/second; thus, positioning Lebanon as one of the very few countries to enjoy this advanced technology.

Bassil thanked the Ministry of Telecommunications for its cooperation on this vital project, as well as the TRA. He also expressed gratitude to the MTC Touch team for its dedication. He concluded, “I would also like to thank our colleagues at Zain who helped us in building a vanguard network enjoying multiple developed features and futuristic capabilities, in addition to their assistance in other fields notably the broadband and the DSL connection.”

Before revealing the 5 commercial packages provided by the operator, Nadim Khater, Chief Commercial Officer at MTC Touch uncovered the company’s brand new “Pay as you go” service for postpaid lines, allowing customers to choose the internet consumption they need outside the existing offers by paying 0.5 $/MB. As for the actual commercial offers, Khater said that they are already “available to all customers holding postpaid and prepaid lines in addition to every new client who would like to benefit from the 3G services via the MTC Touch network.

Khater added, “Clients are also able to make video calls, provided that their mobiles are equipped with the supporting functions.”

Khater forecasts that the launch of the 3G will trigger a growth in the number of clients who will have data services on their phones. He said, “This is what results of surveying showed, where 93% of 2,000 pilot subscribers expressed their interest in having immediate subscription to these services as soon as they are made available, while testers’ satisfaction level reached 80% on the quality of services.”

About the impact of the 3G launch on the economy, Khater said, “The availability of 3G technologies will evidently create more job opportunities and will have good impact on the economy. A 2010 study showed that a 10% increase in adopting the broadband resulted in a GDP increase by 1%. Another research in September 2011 concluded that the increase of the broadband speed in a certain economy will lead to a 0.3% increase in this economy’s GDP.

During a talk with the media, Minister Sehnaoui has underlined its commitment “To development and growth moved by the strong will to score achievements and reflected in the uplifting of the telecommunication network in Lebanon to meet the highest international standards through the launching of the 3.9G and the fiber optics.”

Answering a question about the Ministry’s plans regarding the reduction of mobile tariffs, Sehnaoui explained that he aims at decreasing the indirect taxes on the Lebanese citizens and thus reduce the mobile tariffs gradually. He said: “It is our duty to lower the tariffs but the matter is not easy in light of the inherited public debt. This is why we are closely working with the Ministry of Finance to discuss a transition plan that will take us to a phase where our indirect fiscal burdens to the treasury are lightened; thus allowing us to look into the possibility of reducing telecom tariffs. However, this requires more time, and we shall start soon looking into this issue.”

The Minister also announced the near reveal of the TRA study results. The later examines the 5 3.9G offers set by the ministry and compares them to the prices adopted in other countries. He said, “We trust the credibility of the in-depth studies and workshops we have conducted to get to these offers and better serve the Lebanese citizens. In the mean time, we ask the Lebanese consumers to avoid comparing Lebanon to other countries in terms of telecom performance and prices because the surrounding countries, especially the oil producing ones, have taken the lead over Lebanon in launching the 3G services, and that by many years, which means they have become ripe enough to offer reduced costs on different services.”

Sehnaoui concluded that the Ministry “Has thoroughly examined the 3G bundles in a way not to affect or compete with the current landline DSL services.”