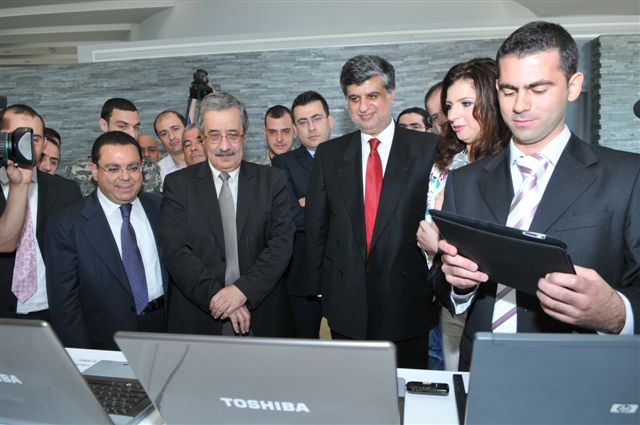 Zain’s affiliate in Lebanon, mtc touch, the country’s leading mobile operator, held a live demonstration of the forthcoming hi-speed internet 3.9G HSPA+ mobile services during a press conference held in Beirut. Held under the auspices and presence of Lebanon’s Minister of Telecommunications, Dr Charbel Nahas, also in attendance at the event was Mr Nabeel Bin Salamah, CEO of Zain Group, in addition to Lebanese Ministry officials, representatives of leading global telecom solutions provider Huawei, who is working hand in hand with mtc touch in the implementation of the new technology, and media who were able to test the technology both on laptops/ipads and through their mobile phones.

The press conference was opened by Mr Bin Salamah who thanked the Minister and the Lebanese government for its confidence and trust in company over the years stating: “Since the beginning of our management of the mtc touch network going back to June 2004, the company’s goal has always been to develop the level of telecommunications services in the country.” He further added, “Hi-speed reliable internet access has become a necessity in today’s fast developing world and advanced technologies such as 3.9G HSPA+ will contribute positively to Lebanon’s economic and social well-being on various levels.”

The 3.9G HSPA+ is expected to go live and be commercially available across all of Lebanon offering speeds up to 42 megabits per second, said Mrs Rola Abu Daher Al Rabih, mtc touch Chief Technical Officer. “Among the 850 sites that will be compliant with the advanced 3G technology, mtc touch plans to have 50 enhanced sites with LTE technology (Long Term Evolution), which can reach speeds of 700 times more than the current speed in mobile internet access and 115 times faster than DSL, that will put mtc touch in the ranks of the very few in the world who utilize such technology”.

For his part, Minister Nahas commented: “The Ministry acknowledges and apologizes to the community for the delay in bringing hi-speed 3G internet services to the country, however this delay may have a positive side as we are now able to jump on the bandwagon of today’s modern technology and implement it when it is in an advanced stage.” He added, “With the impending launch of such technology, Lebanon will be ahead or on par with other countries in the region and this will stimulate economic activity and attract investment into the country.”