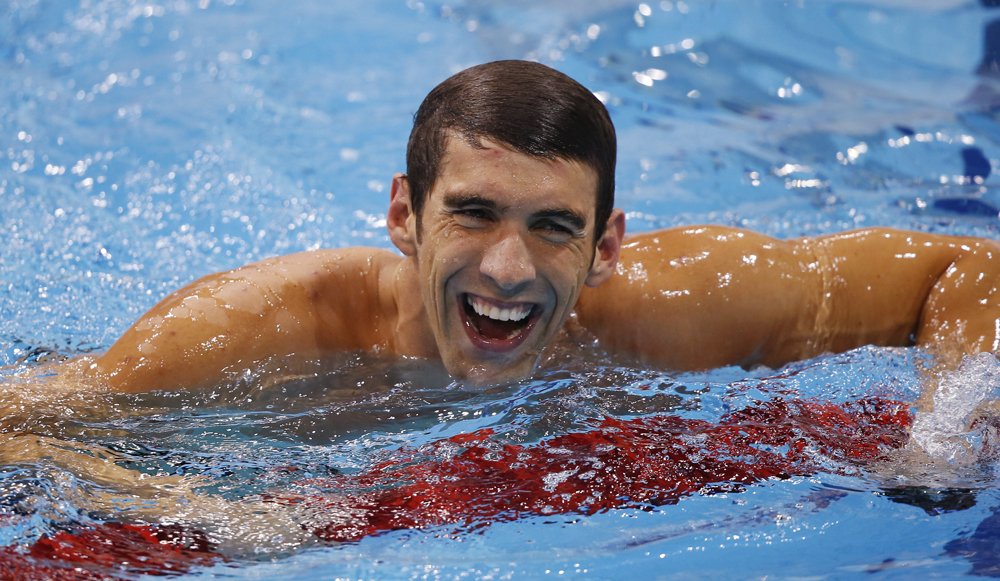 Four years after he climbed to the top of Olympic achievement, Michael Phelps took the last step he needed to reach the absolute peak.

The greatest swimmer of all time became the most decorated Olympian of all time when he won a record 19th Olympic medal at the London Games on Tuesday.

With a little help from his American friends, Phelps won his first gold medal in London in the 4×200 metres freestyle less than an hour after a shock defeat in the 200 butterfly, an event he has dominated for over a decade.

His team mates threw their arms around him and the crowd at London’s Aquatic Centre rose to their feet to witness the coronation of the Olympic king.

The record Phelps broke was held by Soviet gymnast Larisa Latynina, who won the last of her 18 Olympic medal at Tokyo in 1964.

Until Phelps surfaced, no-one had come close to breaking her record in almost half a century but now the torch has been passed to the 27-year-old from Baltimore.

“I thank those guys for helping me get to this moment … I just wanted to hold on. I thank them for allowing me this moment.”

While Phelps stood alone at the summit and surveyed everything below him, Chinese teenage sensation Ye Shiwen continued her rapid rise by winning the 200 individual medley.

The 16-year-old followed up her jaw-dropping win in the 400 medley three days earlier with another amazing impressive display of power and perfect technique.

She was in third place when she turned for home after the breaststroke leg but overhauled her rivals on the final freestyle lap to complete the multi-discipline event in 2:07.57.

The victory, ahead of Australia’s Alicia Coutts and American Caitlin Leverenz, capped a tumultuous day for the teenager.

Despite winning the world title last year, millions of people around the globe are watching her compete for the first time and she was the subject of intense scrutiny on Tuesday after an American swimming coach made thinly-veiled accusations of doping, which prompted an angry response by Chinese officials.

Allison Schmitt, who trains in Baltimore with Phelps, turned the tables on Camille Muffat to win the women’s 200 freestyle gold.

Schmitt finished second to the Frenchwoman in Saturday’s 400 final but led all the way to win the four-lap race in 1:53.61. Muffat was second and Australia’s Bronte Barratt third, a fingernail in front of Colorado teenager Missy Franklin.

Compared to Beijing, where he won an unprecedented eight golds, and Athens where he won six golds and two bronzes, Phelps has struggled in London, winning just one silver medal from the first three days of competition.

Things got even worse when he suffered a shock defeat to South Africa’s Chad le Clos in the 200 butterfly final after messing up his touch.

Bidding to became the first male swimmer to win the same individual event at three Olympics, Phelps led all the way but misjudged his final stroke, allowing le Clos to get his hands on the wall first in a time of one minute, 52.96 seconds.

“I just wanted to race Phelps in the final and I’ve beaten him. I can’t believe it,” said le Clos. “Phelps is my hero and I love the guy.”

Phelps was unable to hide his disappointment, throwing his goggles into the water then storming past waiting media but managed to regain his composure in time for the relay.

The result was never in doubt after Ryan Lochte gave them a big lead after the opening leg.

Conor Dwyer and Ricky Berens kept the Americans in front, allowing Phelps to bring them home on the anchor leg ahead of France and China and the crowd to their feet.