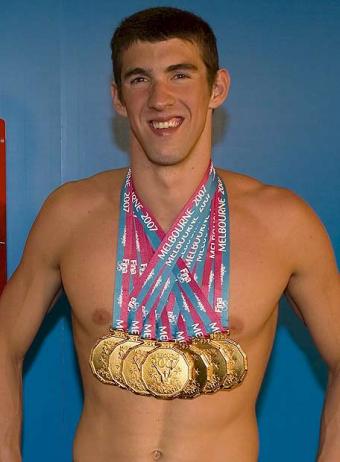 All Michael Phelps knows how to do is WIN — the world’s most medaled man hit Vegas this week … and sources tell TMZ he walked off with $100,000 from a single poker game.

Phelps has been touring the world with his buddies since scooping up 6 Olympic medals — starting in the Maldives- and last weekend, the crew took on Sin City.

According to our sources, Phelps and his buds played a cash poker game at Caesar’s Palace, and naturally … Phelps cleaned up with $100K in winnings.

We’re told Michael blew a nice chunk of it at Tryst nightclub in the Wynn — which is not nearly as exciting as Prince Harry’s Night at that hotel.

Step up your game, Phelps!