Messi Best Player in the World 2012 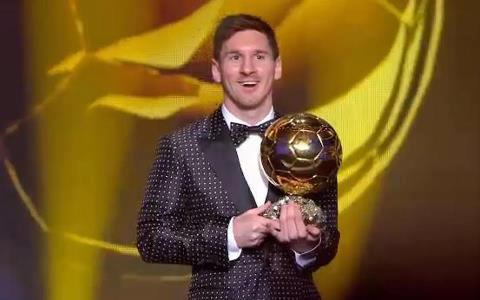 Messi was unable to help Barcelona to the Liga title in 2011-12 as Real Madrid emerged victorious, while they were eliminated in the semi-finals of the Champions League, yet Messi’s brilliance was enough to help him to individual glory.

The recognition comes after a year in which the 25-year-old broke numerous records, including the most goals scored in a calendar year.

Messi netted an astonishing 91 strikes over the course of 2012 to crush Gerd Muller’s previous record of 85 goals in a year, scoring 79 for Barcelona and 12 more for Argentina.

One of the highlights for the prolific attacker was his display in the 7-1 Champions League thrashing of Bayer Leverkusen as he found the net five times. Additionally, Messi scored four in the Primera Division wins over Valencia and Espanyol.

Cristiano Ronaldo missed out in the voting after steering Real Madrid to the Liga title with a string of fine performances, and impressing at Euro 2012 as he guided Portugal to the semi-finals of the competition.

Iniesta had to settle for a podium spot after winning the Copa del Rey with Barcelona, and successfully defending the European title with Spain.