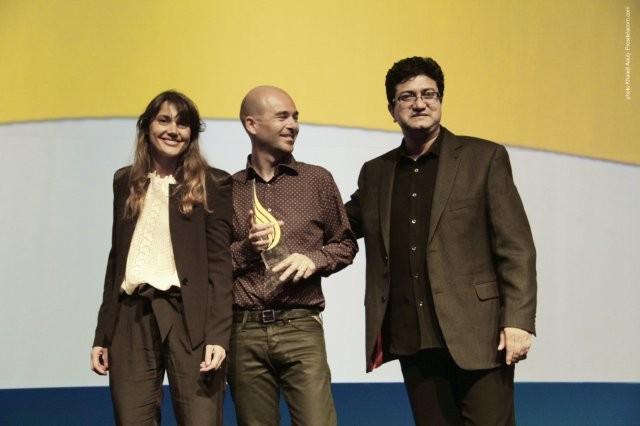 The final count was split in two golds, five silvers and three bronze medals for Dubai and three golds, one silver and two bronze awards for Tunisia.

The Tunisian 16 June 2014 is one of the most recent campaigns and is directly related to the political change that is taking place in that country.  The campaign was based on the central idea of encouraging the people of Tunisia to work towards the country they want to have. Memac Ogilvy Label Tunisia persuaded six consumer brands and five major Tunisian media outlets including print, TV, radio and online to participate in the visionary 16 June 2014 campaign. For a whole day, the media acted as if it were June 16th 2014, three years after the first scheduled free elections and presented Tunisia as a prosperous, modern and democratic country. The campaign also engaged people online via the Twitter hashtag #16juin2014 and a website www.16juin2014.com, compiling all media content.

“The Tunisian revolution was a moment of intense hope. Three weeks after the Tunisian government was over-thrown, uncertainty had replaced hope. Brands were eager to communicate to help the economy reboot but were afraid of public perception. This led to the idea of the 16 June 2014 campaign”, explains Nicolas Courant, Creative Director, Memac Ogilvy Label Tunisia.

The campaign won gold in integrated, gold in media, silver in media and two bronze in direct. It saw immense success with the hashtag #16juin2014 becoming a second top trend on French Twitter. The excitement spread to TV, Facebook, blogs and online news sites where people uploaded photos, comics and drawings in support for the campaign.

Memac Ogilvy Dubai, Lynx 2010 Agency Of The Year, collected a total of ten awards at the Dubai Lynx 2011. IKEA’s ‘Resize a room’ and ‘CD rack banner’ campaigns picked up two golds in Interactive whilst its radio ‘Unassembled ad’ received a silver for Radio. In Design, Merge 104.8 Radio picked up two silvers and Mont-Blanc’s pen received two silver awards in the Direct category. In Media, the ‘An idea with balls’ campaign picked up two bronze awards whilst Volvo’s XC60 warning banner bagged a bronze in the interactive category.

Edmond Moutran, CEO and Chairman, Memac Ogilvy & Mather Holding, Middle East & North Africa, added, “I am proud of our teams in Dubai and Tunisia who continue to produce amazing award-winning work.  Tunisia heralded the revolution to the Arab world and we were delighted to contribute to the conversation in shaping Tunisia’s future. The response we received during the campaign strengthened our belief in positive reforms for the region”.