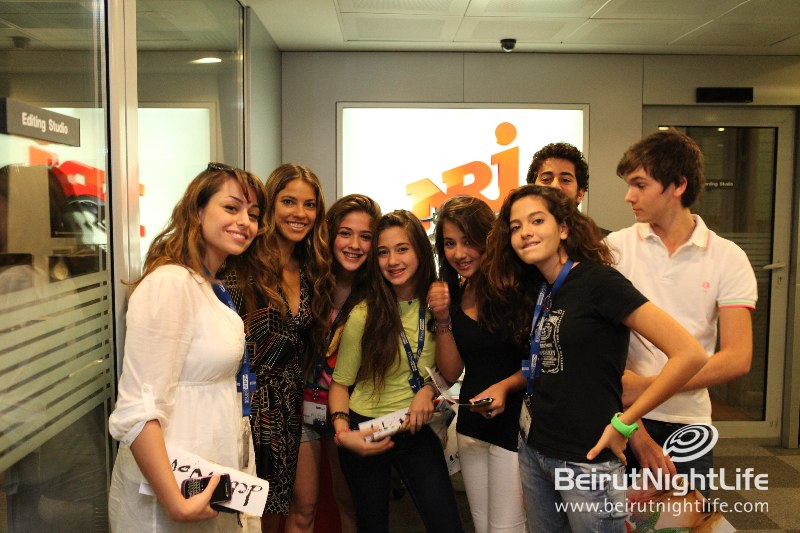 Some of the performers from the NRJ Music Tour stopped by for an interview at Studio Vision with NRJ radio station,  MTV as well as BeirutNightlife.com. Fans and winners of free tickets waited to meet their favorite artists, take photos with them as well as get some autographs. 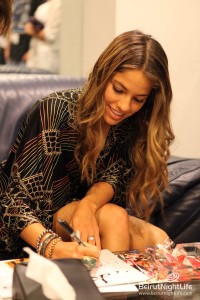 Some have been here a couple of days and had the chance to see a bit more of Lebanon than others. “I love it here. I had the chance to go visit Jbeil. It’s beautiful, bought a beautiful turquoise ring from there and am ready to sing live to all the fans tonight,” says Debi Nova, who’s hit single, Drummer Boy, is loved by the Lebanese party goers. 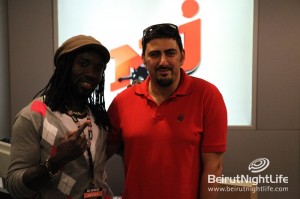 Supafly Inc. were fascinated by the Lebanese and the languages they speak. “Everyone speaks perfect English.” The guys behind the hit single, I Believe, confirmed that the hospitality they felt in Lebanon,  they don’t feel in their home town. “Everyone makes you feel special.  We wish we could stay here a bit long to be able to enjoy the country fully,” they said. 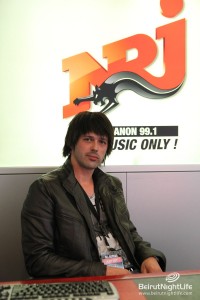 Spanish heartthrob, David Tavare promised to show more than just his looks on stage. “I will be singing three of my songs on stage tonight, of course including my favorite, and Lebanese favorite, Call Me Baby…” 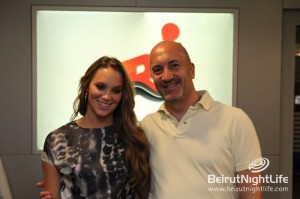 Jyad El Murr, organizer of NRJ Music Tour, poses with Agnes as she expressed admiration for Lebanon and wished she had more time to see the country. Her song, Release Me, has been played in local clubs a zillion times… 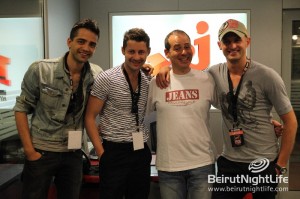 Akcent, from Romania, who will be performing their hit single, That’s my Name, among others, expressed their admiration for the Lebanese women. “Yes we have seen how good looking they are…” 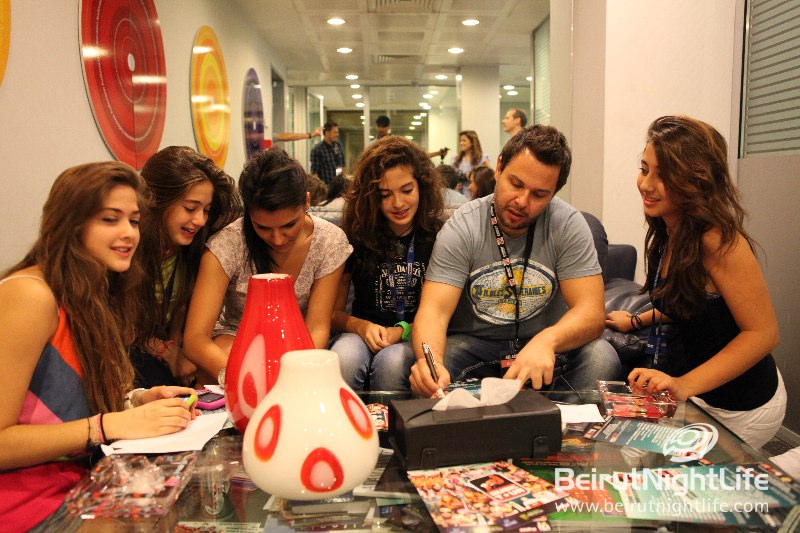 Tom Boxer sits with signs autographs for his fans. 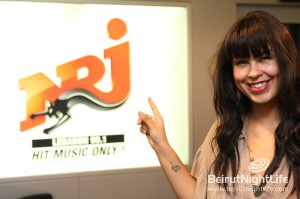 Maria Mena loves Lebanon. “My whole trip is around 22 hours and I honestly feel like I am on holiday. I will be coming to Lebanon again, for sure.” 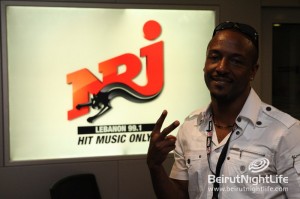 Host of the NRJ Music Tour, Keith Thompson, is no stranger to Beirut. “I have been here a few times and I love it here. I told the all the artists to come on stage with all their energy because Lebanese people deserve all the best… I love the people, the hospitality and perseverance. With all you guys have been through I think you’re amazing.”

Thompson will be singing his hit songs, Show Them Love, Break for Love, including a special debut of a song he wrote for Beirut.