First Man on the Moon, US astronaut Neil Armstrong dies at 82 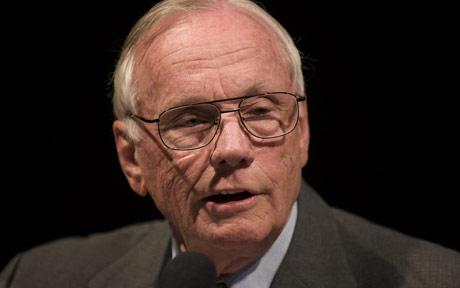 US astronaut Neil Armstrong, the first man to set foot on the Moon, has died at the age of 82.

His family says he died from complications from heart surgery he had earlier this month.

He walked on the Moon on 20 July 1969, famously describing the event as “one small step for [a] man, one giant leap for mankind”.

He was the commander of the Apollo 11 spacecraft. He and fellow astronaut Edwin “Buzz” Aldrin spent nearly three hours walking on the moon.

Armstrong, who was raised in Ohio, took his first flight aged six with his father and formed a lifelong passion for flying.

He flew Navy fighter jets during the Korean War in the 1950s, and joined the US space programme in 1962.

Correspondents say Armstrong remained modest and never allowed himself to be caught up in the glamour of space exploration.

“I am, and ever will be, a white-socks, pocket-protector, nerdy engineer,” he said in February 2000, in a rare public appearance.

In a statement, his family praised him as a “reluctant American hero”who had “served his nation proudly, as a navy fighter pilot, test pilot, and astronaut”.