Maki Beirut: You place your own order straight to your chef! 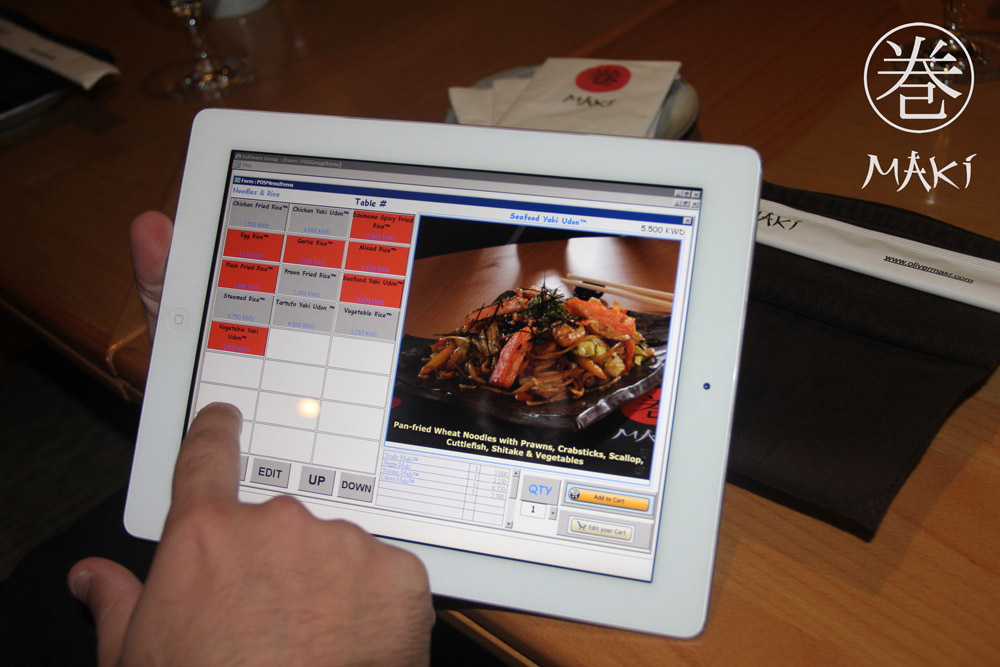 Maki Group has long been associated with innovation when it comes to contemporary fusion cuisine, and specifically where Japanese cuisine is involved. Since 2002, Maki Group has brought to the Middle East market “iconic” dishes such as the Fusion Temaki™, Issa Maki™, Maki Maki™, Chef Choped Salad™, and the quintessential Fusion Shots™. Maki Group was also responsible for being the first (in the world) to introduce several new, colorful maki warps that found their way into new dishes such as the Amer Maki™, Dhari Wazzan Maki™, Bader Maki™, and Thea Maki™. These wraps include the Soya bean (mame) wraps, midori wraps, plum (ume) wraps, and spinach wraps. Using non-traditional, even controversial, yet high-quality ingredients such as foie gras, house-grown extra virgin olive oil, balsamic vinegar, and even chocolate, Maki has revolutionized the Japanese fusion domain with original dishes unequaled by any of its counterparts. All the forgoing mentioned information has been well documented in press releases, and Maki has gained acclaim by winning accolades such as best new -comer of the year in 2010 by TimeOut Bahrain, top nosh in 2009 by TimeOt Beirut, Best Sushi creation and display by Horeca Kuwait in 2012, and the Boeker food safety award in 2012.

What  a lot of “foodies”  do not know, however, is that Maki is a pioneer and a leader when it comes to using technology to facilitate the experience of its guests, thus raising the bar quite a few notches. A couple of years back Maki was the first restaurant in the Middle East to deploy Ipads to be used instead of hard-copy, conventional menus, which elicited so much positive reviews from local bloggers, food critics, and newspapers. Unfortunately, Maki did not get enough credit for this technical innovation because Maki is not present in high profile markets such as Europe or North America.

From the Ipad menu with its colorful real-life photos that literally “jump out” at you, and stimulate your taste buds to what you could be ordering off the menu, Maki went one long step further and upgraded this innovation. Currently and exactly as we speak, Maki has been successfully testing its newest technical invention at all its branches. Now guests get to place their own order on the Ipad in a “shopping cart” form. No need for the waiter, except for recommendations, or to review the order before it is sent straight to the chefs with a click of an Ipad button. Pretty “nifty” from Maki, considering that many international restaurant chains are still “struggling” to perfect their “paper” menus! What is next from Maki? It is going to be a surprise, as Maki’s IT specialists have always got something “up their sleeves”. The next time you are at Maki, look for the Ipad menu that allows you to shop for your own favorite dishes and to send your order straight to your chef!