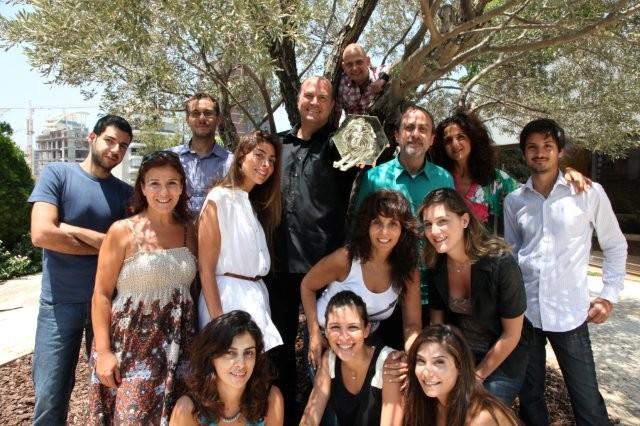 Leo Burnett Beirut’s innovative “Fake it all” campaign for the Lebanese Brand Protection Group (BPG) has earned a Lion at Cannes, the most prestigious award in advertising. “Fake it all” bagged silver in the “Best integrated campaign led by PR” category.

The Cannes Lions International Advertising Festival is the largest and most reputed worldwide gathering of advertising professionals. This year marked its 58th edition.

Commenting on the award, Chief Creative Officer of Leo Burnett MENA Bechara Mouzannar said, “Cannes first, and foremost celebrates fresh ideas. Big fresh ideas. Simple big fresh ideas. Cannes also celebrates crafting as well as every invention of a simple big fresh channel that relevantly engages with human beings. I am very proud of the Lions we have been able to tame at Leo Burnett MENA and I am sure that next year all the Burnetters in the region will reach for gold.”

This is a great achievement for Leo Burnett Beirut and this coveted award is recognition of the agency’s dedication to creativity and Human Kind approach, according to Managing Director of Leo Burnett Levant Kamil Kuran. “Whenever we tackle a big campaign we don’t focus on brand propositions or selling products, we try and tell a story about people, purpose, and changing behavior. This is what the BPG campaign did, it served true human needs,” explains Kuran.

At the root of the “Fake it all” campaign was the idea that “the closest things to you can be fake.”

On March 15th the international anti-counterfeit day, for 48 hours, Lebanon witnessed the biggest orchestrated stunt in the history of the Middle East’s traditional and unconventional media: the most circulated newspaper in the country agreed to fake itself, slightly altering its front-page logo for a day.

Mr. Marcel Ghanem himself agreed to be impersonated on his own TV talk show, Kalam El Nas, as were the hosts of Radio One, Interadio, Sawt El Ghad and Nostalgie, and then impressionists were sent into the Beirut city mall to mimic shoppers every move before revealing the campaign idea. The campaign even targeted Facebook, which 250 Lebanese profiles were duplicated, with only very slight changes in the names and pictures.

Commenting on the media’s role in the campaign, Deputy Managing Director Nada Abi Saleh of the Beirut office said, “The campaign needed to be big, simple, and personal. In the end it ticked all those boxes thanks in a large part to BPG’s and Leo Burnett’s strategy of building solid relations with the media over the years. The innovative concept needed a daring media, and thankfully they were taken by the project and agreed to perform stunts beyond our wildest dreams. Last but not least, once again and after winning a Gold Lion for its Hariri Foundation Campaign in 2009, Leo Burnett Beirut proves that the local creative talent pool is at par with international creative standards and can compete and win in the international creative arena.”