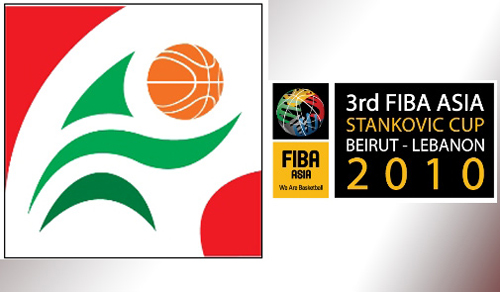 The 3rd FIBA Asia Stankovic Cup will kick off today August 7 till the 15th. The 3rd FIBA Asia Stankovic Cup, which is the first ever official FIBA event to take place in Lebanon for National teams will take off today August 7th, 2010. The championship is a qualifying round for the 26th edition of the FIBA Asia Cup in 2011 which will also be hosted by the B-City. Winner of the the 2011 championship will qualify automatically to 2012 London Olympics.

Group B is one of the strongest groups with teams including hosts Lebanon, Jordan, Qatar, Philippines and Syria. In Group A Iran will fight for the position against Iraq, Chinese Taipei,  Japan, Kazakhstan are the other teams in Group A. The games are set to take place in Ghazir Basketball Arena to decide the top five teams to make it to the final rounds in Beirut 2011.

Lebanon is considered to be favorites to win the cup with a young and experienced team led by Fady Al Khatib. Let us all put our hands together for the Lebanese National Basketball team, and salute the champions.

BeirutNightLife.com calls upon all Lebanese to support the National team in this tournament and cheer for Lebanon, let us heat up the summer with the championship cup.