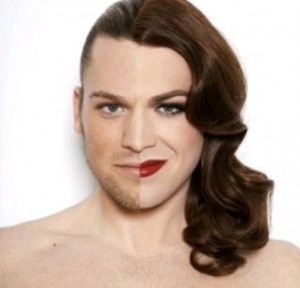 Transsexualism, it defines a person whose assigned sex at birth conflicts with their psychological gender….. Ok, lets keep the wikipedia definition aside, the lady eye balling you all night IS A DUDE!!! A full fledged functional dude, just like you most probably with a package bigger than yours!! Now this article is neither to define Tran-sexuality, nor is it discrimination or negative attitude towards transsexuals. But do TS in Lebanon have a some sort of psychological disorder or are they business-wo/man???

A big number of “Shemale/ TS” in Lebanon do not suffer disorder, and many of them turn to prostitution especially for customers who are willing to pay large amounts of cash for this type of sex.. The rates of Local TS escorts in Lebanon ranges between $100 to $3000 per hour depending if S/He is a fully functional pre-op transsexual, a post-op transsexual (with female organs) or just a cross dresser claiming to be a transsexual to get some cash..

Speaking to K. M., a 35 year old ‘full time’ TS as he states and one of the most known escorts/prostitute, said: “I enjoy wearing sexy clothes and meeting customers who are willing to pay me for fun. I am a versatile guy I can be both bottom and top depending on the amount of cash paid. I live with some friends whom are also TS, but when I have to visit my family I dress like a normal guy…”

K. M. also mentioned that the safest way to get customers is through Internet: “Several groups & pages on Facebook are a good place to get customers. If he is based in the country we try to be fair with the prices, but if he is from out of town we charge high rates. We make a good amount of money especially from foreigners who come spend a weekend and sometimes a long vacation. Other good places are through dedicated websites but we never reveal any information till we are 100% sure it’s safe.”

Psychological and biological causes for transsexualism have been proposed, with evidence leaning toward prenatal and genetic causes (wikipedia). One such cause is related to the BNST (bed nucleus of a stria terminalis), a constituent of the basal ganglia of the brain, which is affected by prenatal androgens.

R. K.., a 29 year old Lebanese TS escort, as he calls himself: “I am not a prostitute.. I consider myself as a professional escort that would accept a gift from a gentleman. We always prefer to keep it discrete and not go out with customers in public since it is not safe for us. I only dress up and act feminine at night since I have my day job, and I can not be seen dressing like a female especially in our society. We usually hang out in special places dedicated for us such as pubs and clubs and try to stay safe. Most of the TS/Shemales/Cross Dressers I know are into this type of work. We are escorts, prostitutes and whatever you want us to be for the right amount of cash.”

Under the Lebanese law transsexuals may be criminalized in the Lebanese Penal Code, under “Impersonation,” and prosecutes “any man dressing up as a woman to acquire access to women-only places”. Police officers consider MTF (Male to Female) individual homosexual men, and prosecute them under Article 534 of the Penal Code. “Helem printed & distributed leaflets”

S. B., a Lebanese TS escort and a well known pimp, says: “Several Lebanese TS get in touch with me to promote them on Facebook pages and through my network. I personally have done breast implants, lips, and taken hormones to increase my feminine look especially the voice, cause I believe that this is money well spent and it will be a boost with customers. Now am not sure if all those contacting me are transsexuals cause I have faced several cases of cross-dressers looking for customers and claiming to be TS escorts. Not many escorts in Lebanon are actual transsexuals, those claiming this are actual guys living amongst us in this society, and only change sex at night and in clubs”.

No actual statistics are revealed on the number of  shemales and transsexuals in Lebanon since it is considered as a taboo in the society. Several TS in Lebanon refuse to do any operations to enhance their feminine look others take it to the extreme with breast implants, hormones and removing the male genitals. Now with this been said, do you think this is a disorder or is it for business “prostitution” purposes?

Again we insist that this article is not defining transsexualism or talking about a social dilemma, we know and you know it exists in our societies.

So watch it, one of those nights you may just tell your friends after hours of flirting with her…… “OMG she is a DUDE!!”