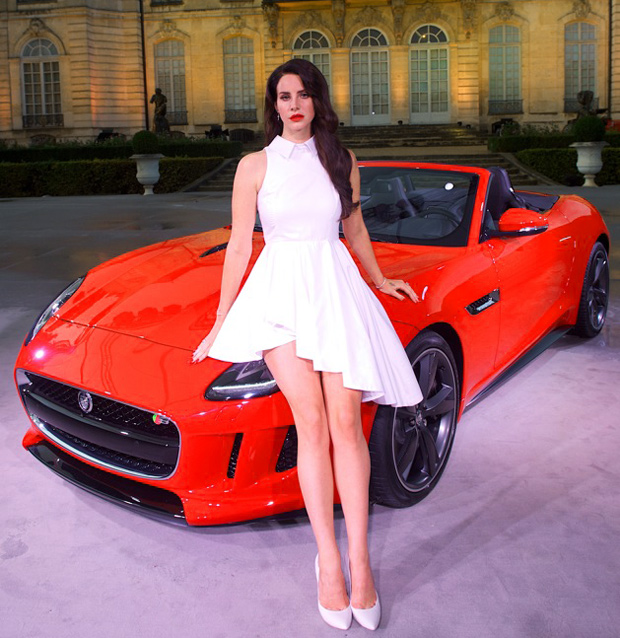 The US singer sizzled as she perched on a bonnet at the launch of the Jaguar F-TYPE in Paris.

Lana once again proved her modelling credentials as she shot smoking eyes at the camera while showing off her bare pins in a white frock.

The singer also performed a new tune, Burning Desire, at the invite-only affair at the Musée Rodin in the French capital.

She penned the track in collaboration with F-TYPE – Jaguar’s first two-seater sports car since its iconic E-type.

Burning Desire will also be used on the soundtrack to a Ridley Scott-produced short film, created by Jaguar, starring Brit actor Damian Lewis.

Lana recently admitted she’s plotting to quit music for a career in the movies.

She said: “When I was starting, I had a vision of being a writer for film and that’s what I am doing now. I’m so happy.

“Hopefully I will branch into film work and stay there. That will be my happy place. I’d like to stay in one place for a long time.” 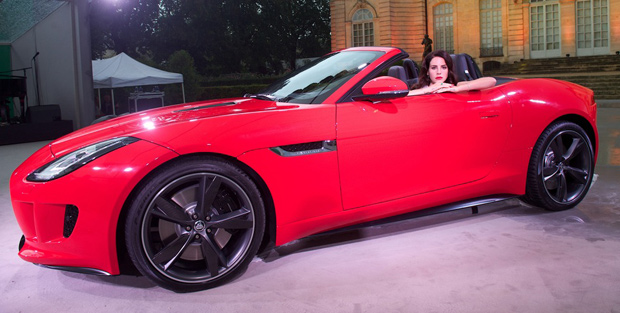