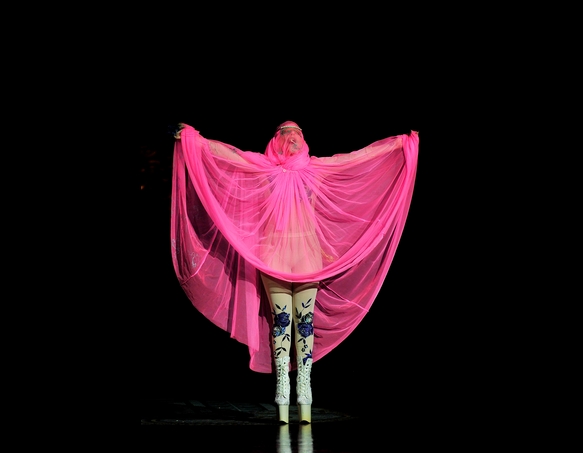 Lady Gaga has been quiet of late, but two recent stunts have thrust the singer back into the spotlight. 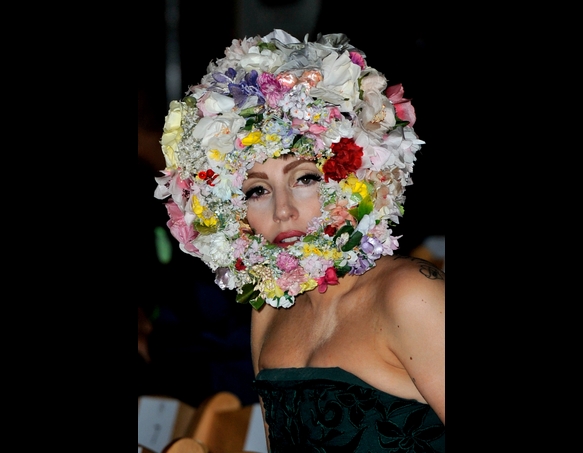 Last week, Gaga got the back of her head tattooed during New York Fashion Week. She flew across the pond for London Fashion Week over the weekend, where she stepped out in some eyebrow-raising looks (click on the “Launch Gallery” above to see them all).

Gaga attended friend and designer Phillip Treacy’s fashion show in four outfits, each crazier than the last. She wore a relatively conservative green Alexander McQueen dress, which she decided to accessorize with a giant floral headpiece. Tracey is known for designing all those funky royal fascinators, but this topiary topper was ridiculous.

Then, during the show, she hit the runway in a hot pink burqa — the traditional garb of Muslim women. Gaga’s look was anything but modest, because the outfit was completely sheer. She departed the fashion show wearing a Michael Jackson-inspired sparkling jacket and giant mouse ears, tweeting the hashtag #MICKEYJACKSON.

Her final outfit — another burqa — was full of potentially offensive accessories, including fur and a clutch that was inscribed with a four-letter we cannot print (hint, it starts with a “c”). toofab has reached out to Muslim organizations for comments, but have yet to receive responses. 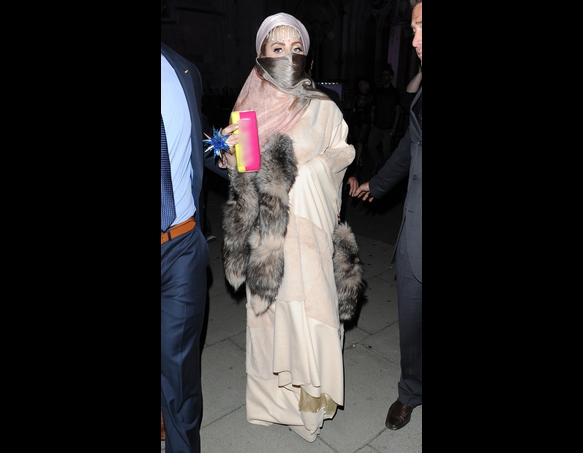