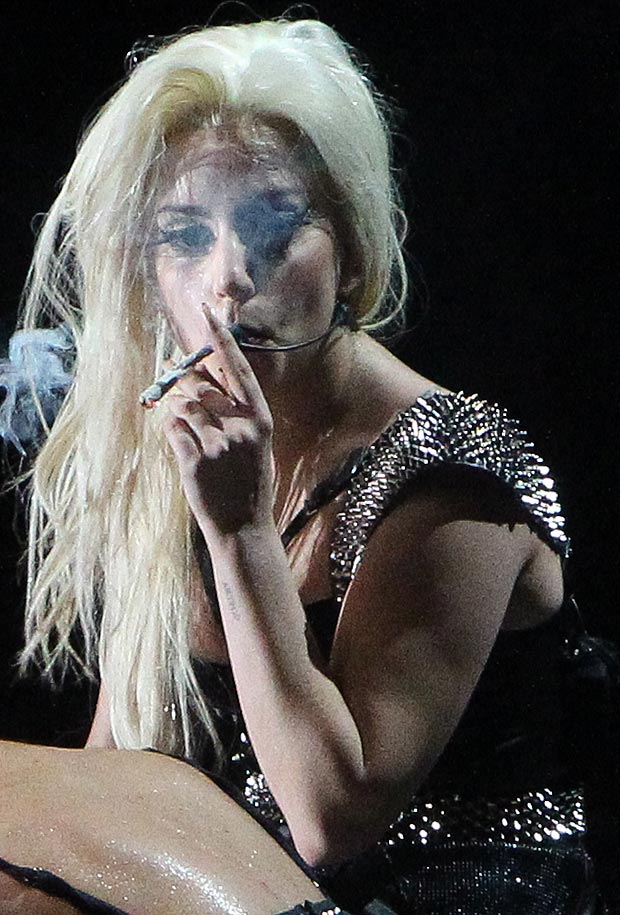 The pop star sat at the front of the stage and asked the crowd if they were “having fun.” She went to pull out a cigarette, but opted instead for a rolled marijuana joint which had been thrown on stage.

After lighting it and taking a few puffs, Gaga threw the joint into the crowd and joked, “For those of you who are wondering if I’m high right now, I am not. That is not nearly enough to get me high.”

It is legal to smoke marijuana in Holland and fans littered Lady Gaga’s stage with a slew of marijuana-related gifts, including a drawing of Gaga in front of a marijuana leaf, a T-shirt with marijuana leaves over the bust and another one which read “Mary Jane.”

“I want you to know it has totally changed my life and I’ve really cut down on drinking,” Gaga went on to say, during her performance. “It has been a totally spiritual experience for me with my music.”

Gaga also recently revealed the name of her upcoming album, which will be called “ARTPOP.” No release date has been announced.