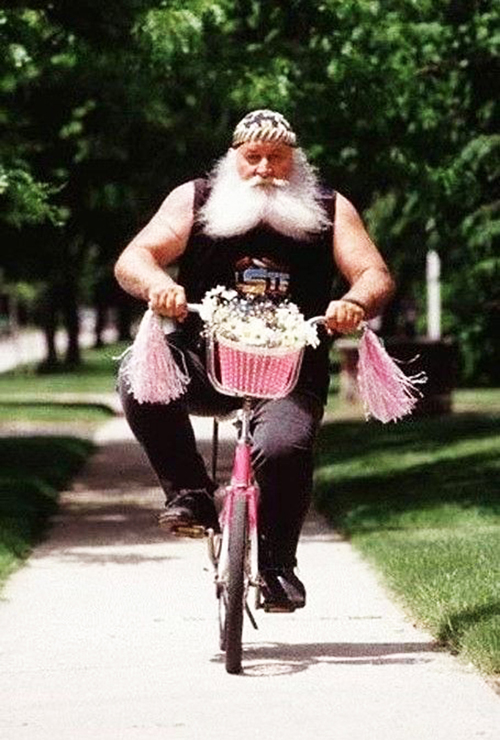 Ever since I started maturing into the young lady that I am (the Duchess of York), I’ve heard peasant-like talk as such, “Hurry; find a man before your train leaves the station at 28 – women age before men.” “Your market is high now. After 28, men will lose their interest in you and go for younger women.” (Yeah, younger women who are still in their mothers’ wombs)

I tend to feel like women are a piece of art; observed (for long hours), studied, critiqued, sometimes appreciated, and many times not understood. A piece of art is still an object though, and I am sure that many women out there are tired of feeling like objects, cut us some slack, please!

I would like to change the perspective a little on this matter, and discuss the “train leaving a man’s station” – post 33 (since men age so gracefully, and mature so . . . so slowly).

I have a few male friends (post-33) who are good looking, have great personalities, with proper backgrounds, fine jobs, and are still unmarried. Their lifestyles consist of hitting the bars and clubs several nights a week, engaging in one night stands, and driving fast cars (a. to boost their childish egos, and b. to pick up Ms. One-Night-Stand #623). As a result, they are almost always tired for work, they are almost never taken seriously, and they simply cannot act their age.

Face it guys, if you’re a few years away from 40, it is not sexy at all to be out getting drunk every night with 20 year old bimbos who can’t spell the word “pedophile”.

It is not cool that you’re getting your first grey hairs and are still waking up with a hangover (when that happens again, please look at your reflection in the mirror – your starting-to-wrinkle face, your puffy eyes – and apprehend how pathetic you look).

It is not cool that all your entourage is at least 7 years younger than you because all friends your age have families, careers, and lifestyles that fit their maturity level.

As if all that weren’t bad enough, most of these guys are still living with their parents. How is that even logical? And can you fathom the idea that Mr. Mid-Life will bed Ms. One-Night-Stand, while his parents listen in horror in the next room? Ooh . . . Sexy!

Being the curious person that I am, I have asked, “Why?”, and painfully listened to the answers,

“I grew up during the war and never got to live my childhood.”
(the war is over now, oh wounded one – and no one cares, not even the corrupt politicians or the war heroes)

“I can never meet a decent woman who deserves to be my wife.”
(First, step down from your pedestal, oh mighty one. Second, where are you planning on meeting the mother of your children; at a bar, a club? You can’t meet someone interesting at a club, you can only meet someone interested – it is such a sexually charged environment. Come on, there is a time and place for everything – change your entourage, expand your horizons)

“Women ask for too much, much more than I can provide – they are unrealistic.”
(A woman worth marrying will expect to you to: have your own home, have a decent job, and be loyal and respectful – if you think that’s too much to ask from a man in his mid-thirties, you should be realistic and consult Dr. Phil)

“I don’t feel ready to get married yet.”
(Yes, take your time, and have your first kid when you’re walking with crutches – it’s the best way to teach your son how to swim and play basket ball)

“I am not financially capable of get married.”
(Well, maybe you would be if you weren’t out getting drunk every night. Food for thought: Instead of investing in a beer belly, you could have invested in a house.)

Very simply, in Lebanon, (ideally speaking) an average guy at 33 would have his own house, a wife, an excellent job; and his idea of a night out would be dining with his wife and friends, and having a drink or two afterwards. It’s still fun, and he can still go crazy when he feels like it.
It doesn’t make sense when the Mr. Mid-Lives lecture women about finding a husband before 28 (and race against time), when they are not even planning on growing up till the year 2056. Everyone grows up, everyone grows old, and everyone will either want to or be forced to succumb to society’s norms and values at some point. If not, go live as a hermit in woods, far from humanity.

“When a man of forty falls in love with a girl of twenty, it isn’t her youth he is seeking but his own.” Lenore Coffee