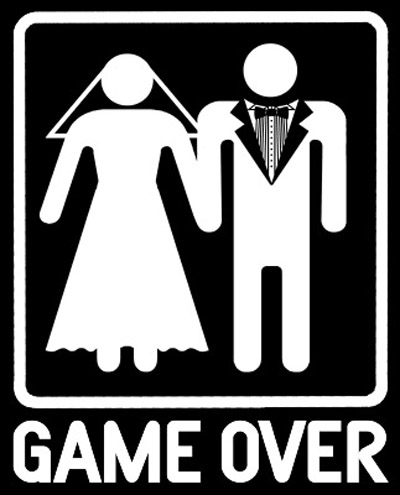 When the typical Macho Man and Bimbo Barbie hit it off, we can safely assume that they’ll be married by the summer that follows. As pessimistic as I am, marriage is sacred to me – I am ready to die alone unless I marry “The One”.

In Lebanon, many women share similar beliefs – the average Bimbo Barbie is a gold digger that is searching for “The RICH One”. It doesn’t matter if he’s educated, cultured, or well traveled. His background, family, and history don’t matter either. All that matters is what’s parked in his garage, resting in his pocket, and sleeping in his bank account. Instead of asking questions like “Where did you go to school?” and “What do you do for a living?” she asks questions like “What car do you drive?” and “How much money do you make?”

As for the average Macho Man, he wants to marry a stupid virgin that will allow him to cheat, be a good mother, worship him for the rest of his macho life. For these two joyful creatures, courtship consists of a few months of getting to know each other – by that, I mean lying about everything possible just to keep one another interested long enough to tie the knot.

Macho Man will lie about everything; from how much money he makes, to how many women he’s slept with – (Of course he will multiply the real numbers by 300). Naturally, Bimbo Barbie will act like a tolerant, selfless, undemanding, innocent bundle of joy. She will love Macho Man regardless of the expensive car and watch that he owns (yeah right!), and ironically, she will not once offer to pay the bill or display any act of selflessness (not to mention that she has no career whatsoever because her full-time job is in fact, husband-hunting). Sadly enough, Macho Man will not be discouraged by this, instead he will continue to flaunt the money he does not have because deep down he knows that it is the only reason Bimbo Barbie is with him.

So after the wedding planner is hired and all the wedding arrangements are done, Mr. Not So Rich Liar takes out two bank loans to cover the wedding costs, and 6 months into the marriage, Macho Man realizes that Bimbo Barbie is not so pure, selfless, loving, and innocent because Bimbo Barbie herself realizes that Macho Man is in fact a pretentious loser – and how can she love a man with no money? Life goes on, and while Macho Man is still paying for his wedding, he starts paying for his divorce.

Marriage is not the cliché you watch in the movies, it is something you work on everyday; it’s living with and accepting another person’s flaws and virtues. Never forget what truly matters in life because material things come and go. I believe that following your heart and your conscience will get you far. Lying to oneself is the worst dilemma a person can fall into, and by the time you’ve had enough, it’s too late to find a way out of it.

“More marriages might survive if the partners realized that sometimes the better comes after the worse.” Doug Larson