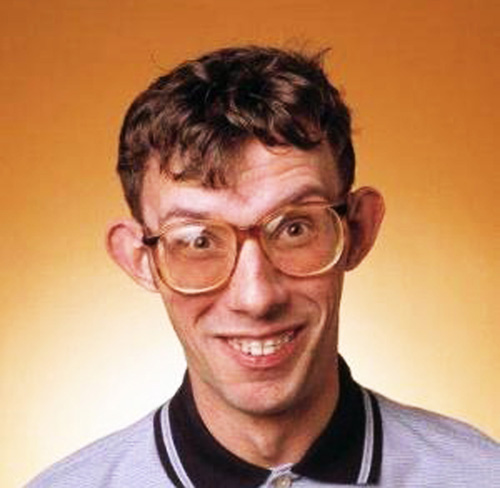 As men are proudly patting each other’s backs for being players and “maniaks”, I am busy spending long hours on the phone with my girl friends, laughing and listening to their horror stories about the not so “maniak” guys. This is Dates from Hell, Part II (also based on facts).

Feeling lonelier than ever, Marsha decided to take a different approach to dating. This time, with Jimbo, a guy younger than her by 7 years, who faked having everything from an education and a job, to a social life and friends. In other words, he is the real life version of the 40-year-old virgin (except he’s much younger, much uglier, and way higher on the loser scale).

Fast forward to the end of their terrific (a.k.a. horrific) first date (possibly Jimbo’s first date ever), Marsha tells Jimbo that she’d rather not go with him to the beach the next day because she is at that time of the month.

Jimbo: “WHAT?!?! Are you insulting my intelligence?!”

Jimbo interrupts her by covering his ears and,

Marsha blinks in awe as she holds back a chuckle.

Jimbo: “I don’t need to go with my friends, I don’t have or want any friends, I passed that stage already – you are my friend, Marsha, my best friend.”

Marsha is terrified at this point because she has finally realized the level of retardation she is dealing with.

Jimbo ignores her remark and drives her off to a distant remote area (possibly the ghetto where he was raised).

Marsha screams at the top of her lungs.
Jimbo finally drops her home.

Is it finally over? No. 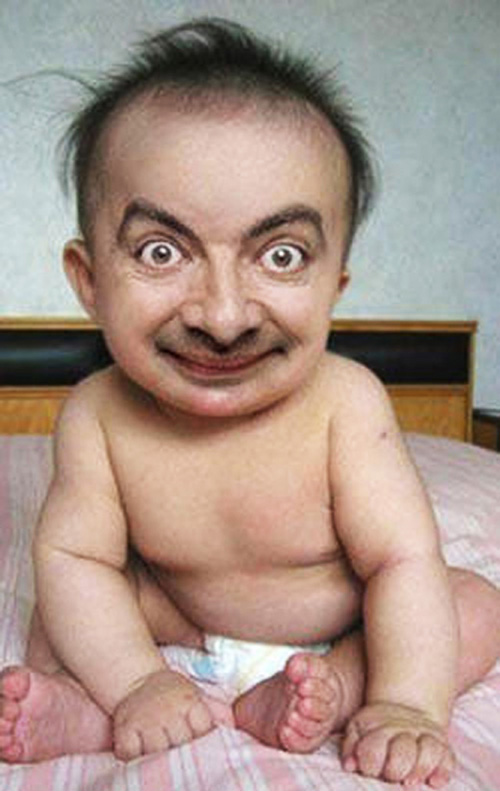 At a common friend’s wedding, Marsha arrives wearing a stunning dress, the venue is magical (like a Cinderella setting), and all that’s missing is the prince – that’s where Mr. Jimbo pops in. Marsha manages to drink herself into oblivion; Jimbo senses this and runs over to her to continue mentally harassing her. He introduces her to all his family as his girlfriend and future wife. At this point Marsha is brain-dead from intoxication and is susceptible to everything happening around her, including dancing with the butt monkey. Jimbo manages to steal the limelight and the first dance from the newly-weds, and halfway through the spot lit dancing, Jimbo begins to twirl Marsha. She truly enjoys this until she realizes that all the wedding guests are gawking at her butt cheeks, so she angrily asks Jimbo to put her down.

Jimbo insists on dropping her home because she is drunk.

On their way home, Marsha cannot hold the urge to urinate anymore, so Jimbo the weasel insists that she uses the bathroom at his apartment (since it is closer).

Marsha agrees but warns him not to attempt kissing her.

As soon as Marsha walks into his apartment, she notices an empty condom wrapper on the floor.

Marsha, with sarcastic laughter in her voice: “It seems like someone’s been busy.”

Jimbo, with insincere tears in his eyes: “It is for my gay cousin. He has nowhere else to go. I have been holding his secret for years now and I can’t keep it to myself anymore!”

Marsha knows that the freak of nature is lying.

Marsha: “Jimbo, I don’t care. I didn’t ask who it’s for, and I don’t want to know about your gay cousin’s odd sexual preference.”

Jimbo: “You should feel HONORED that I am sharing my life’s secrets with you, but instead you mock me; what’s up with that YO?!”

Marsha has had enough and asks the psychopath to drop her home.
The next day, she wakes up to 35 missed calls and around 20 text messages (love declarations, suggestions on how and where to spend the day together, and so on).

Now is it finally over? No.

Marsha is too nice, polite, and still doesn’t know how to make it clear to Jimbo that he’s just not her type (or anyone else’s)! On the numerous occasions that she has tried to do that, he ends up talking to her in the most offensive language, only to cry and apologize about his behavior two phone calls later. (ahem, freak!)
Any suggestions?

“Give a man a free hand and he’ll run it all over you.” Mae West