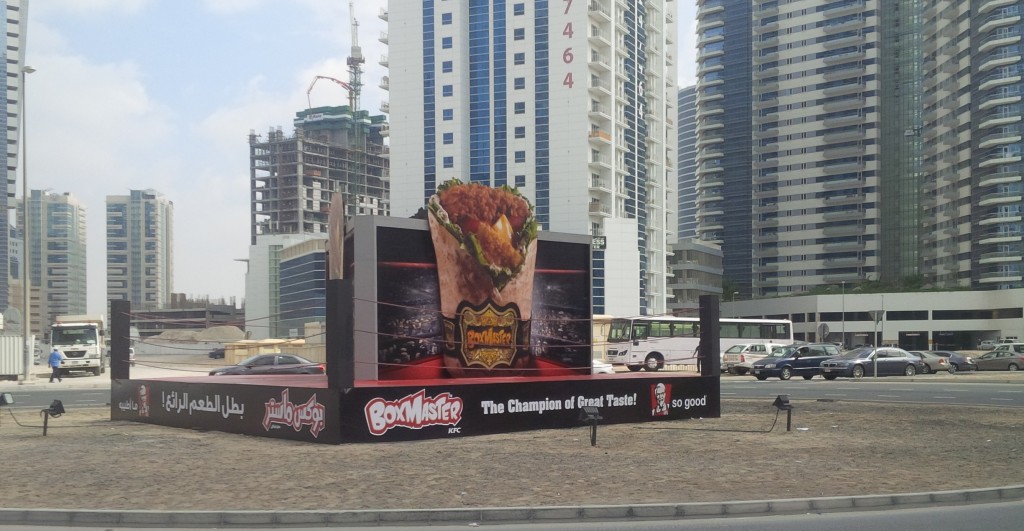 Wrestling aficionados from across the region now have the chance to see their favourite ring heroes live in action with the latest offering from KFC MENA. Continuously seeking to reward its ‘SuperFans’, KFC MENA is giving away a trip to attend WWE WrestleMania round 30 which will take place in April as a part of its new Box Master sandwich promotion, with fans invited to grapple with five on-line questions for the chance to win a trip to the popular USA event that has been dubbed ‘wrestling’s Super Bowl.’

The Wrestlemania prize is offered by KFC in affiliation with MBC group, which runs the competition announcement across all MBC channels and invites the audience and KFC fans to log onto arabia.wwe.com/superfan and participate. The contest takes place over six weeks and six stages, with each stage comprising five questions about the history and celebrities of WWE. Two lucky winners will be selected to receive a trip for two to WrestleMania being held in New Orleans, Louisiana, on April 6th, which includes VIP access to behind the scenes activities and the live ‘KFC SuperFan’ experience.

Wrestlemania is WWE’s premier annual event and the most successful and longest-running professional wrestling event in history. The grand Wrestlemania dream trip competition runs along with KFC’s new Box Master Sandwich promotion, which was launched a few weeks ago. The promotion allows customers to instantly win thousands of WWE exciting gifts and prizes exclusively from KFC when they super upsize their favourite meal.