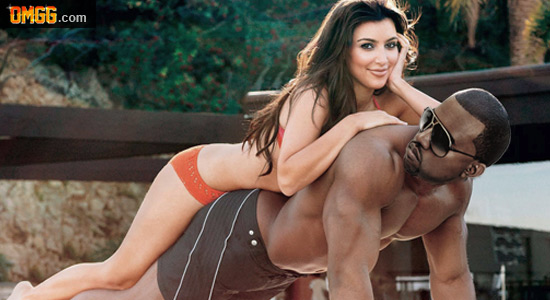 A SEX tape said to be of Kanye West has emerged – featuring a Kim Kardashian  lookalike.

It’s thought that the 20-minute video has been leaked and stars the 35-year-old rapper and a woman who looks like the spitting image of his current lady.

According to US showbiz website Radaronline the tape is up for sale to the highest bidder.

And although it is said to have been made before they got together, both Kanye and Kim are mortified.

Shot in a hotel room, the girl states for the camera that she’s 18 years old and says: “My husband and I don’t have sex anymore, that’s why I’m here!”

And although they don’t kiss, the couple can be seen having sex in various positions with Kanye wearing protection.

Kanye – who’s said to be ‘freaking out’ about it and trying to keep it private – sets up the camera at the start and looks directly into it.

Earlier today, Kanye and Kim were said to be moving in together.

The loved-up twosome have been flirting over Twitter with Kim sending Kanye photos of her backside, and Kanye re-tweeting them.

Kanye wrote: “So dope to get these pics of my baby while I’m in the lab.”

But the sex tape is sure to cause some un-West.