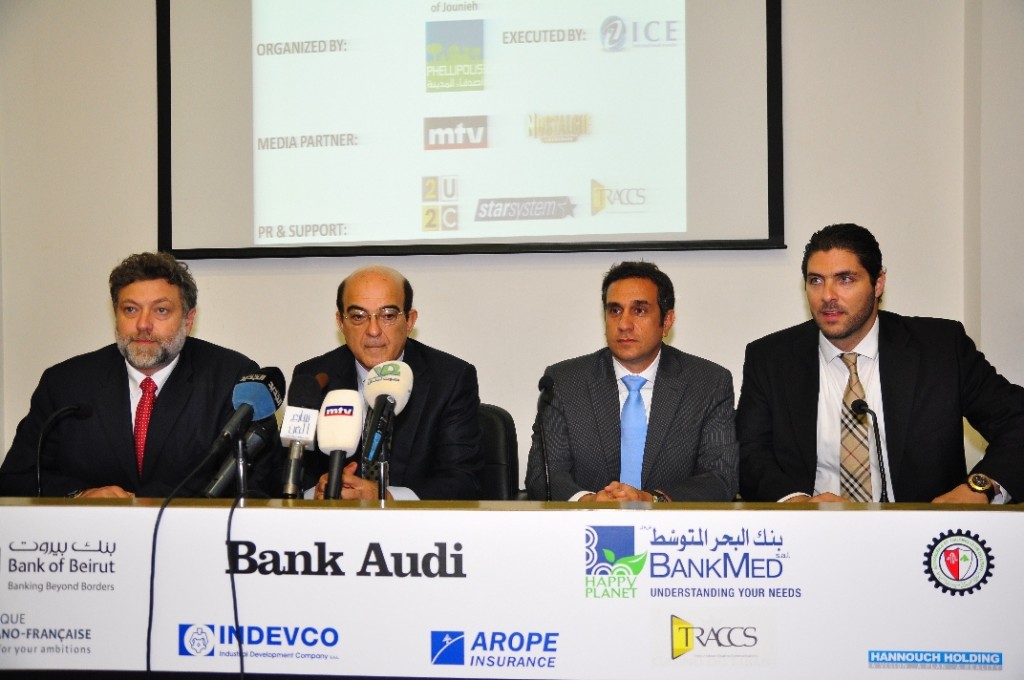 Under the patronage of HE the Minister of Tourism, Mr. Fady Abboud and with the presence of the President of the Municipal Council of Jounieh, Mr. Antoine Frem, Phellipolis, a Lebanese non-profit association, announced the launch of the Jounieh International Festival 2012 starting June 29 and ending July 8.

Foreseeing an exciting, memorable and event-packed summer for the second consecutive year, Mr. Neemat Frem, President of Phellipolis and Chairman of the Jounieh International Festival committee, revealed that this year’s festival will host international icons such as the beloved French chanson entertainer Charles Aznavour and British art rocker Chris de Burgh who will be performing live on July 6 and 8, respectively at the Fouad Chehab Stadium.

Commenting on the occasion, he said, “The cooperation between the local society and the public sector and the type of festivals that have resulted has reached international standards, representing an extremely successful experience.” He also pointed out that “the efforts exerted by Phellipolis embracing young men and women who believe in volunteer work has been transformed into a beautiful image of what these young people want to see of the beauty of Lebanon.”

Commencing the conference, Director of Phellipolis, Mr. Fadi Fayad, said: “The profits we will be collecting from the festival will be used to fund developmental activities that contribute to improving the quality of life in the city of Jounieh.”

Representing the Minister of Tourism, Michel Hbeis said: “The committee has succeeded in putting Jounieh festivals on the map of international festivals in Lebanon. It has also been turned into an annual event that contributes to adding a distinct cultural and artistic element, reflecting a refined image of Lebanese tourism, art and culture.”

He added: “Jounieh festivals has become an annual celebration the Lebanese, expatriates and tourists alike look forward to. Jounieh has succeeded in attracting brilliant names in the international music scene this year.  It will proudly host the veteran artist Charles Aznavour and international artist Chris De Burgh.”

Hbeis concluded, “The Ministry of Tourism invites everyone to come and enjoy the great works of Lebanon during this summer season, one which we are confident will be exciting and successful.”

Headed by Mr. Neemat Frem and under the motto of ‘I Love Jounieh’, Phellipolis will be organizing a series of festivals aimed at highlighting the uniqueness of Jounieh and its enchanting coastline on the Mediterranean Sea.

This year’s summer festival promises a handful of much-anticipated surprises starting with a city-rocking street festival from June 29 till July 1st. As part of the inaugural ceremony, a huge yacht gathering will be held at the city’s bay at night, brightened by an exceptional and unique canon and fireworks show all over the bay on June 29 at 10:30 pm.

Phellipolis team guarantees unforgettable moments in the enchanting city of Jounieh this summer.

Newer Post Ignite The Night: Lebanon’s To Do List May 3rd-7th
Older PostJessica Simpson Gives Birth to a Baby Girl!