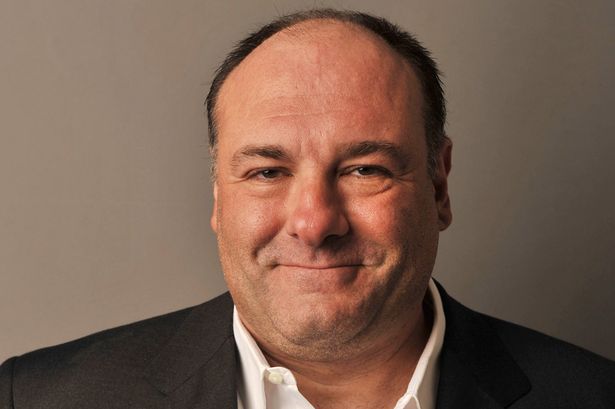 With his infamous swagger and a look that could kill, James Gandolfini turned murderous, clinically depressed mob boss Tony Soprano into the most lethal man on television.

But on Thursday Hollywood was mourning the loss of “one of the greatest actors of all time” after he died of a heart attack on holiday in Rome.

Gandolfini, 51, had spent a “beautiful day out” with wife Deborah, son Michael, 13, and nine-month-old daughter Liliana Ruth before Michael found him collapsed in the bathroom.

Friends said, much like his character, he fought to the bitter end but he died on the way to hospital.

Gandolfini was relatively unknown until his life changed forever when Sopranos creator David Chase cast him as the ruthless mob boss.

Yesterday Chase led tributes to the actor, who he described as “a genius”.

He said: “Anyone who saw him even in the smallest of his performances knows that. He is one of the greatest actors of this or any time. A great deal of that genius resided in those sad eyes.

“I remember telling him many times, ‘You don’t get it. You’re like Mozart’. There would be silence on the other end of the phone.

“He wasn’t easy sometimes. But he was my partner, he was my brother in ways I can’t and never will be able to explain.”

As Tony Soprano, Gandolfini played the patriarch of the DiMeo family.

With the front of a waste management firm, he ran the major branch of the New Jersey mob from the Bada Bing strip club, although Chase always referred to the show as a drama about a family, not organised crime.

For eight years fans were hooked, following the trials and tribulations of Tony, all of which he discussed with his ­psychiatrist, Dr Melfi.

Viewers were glued to Gandolfini’s portrayal of the mob boss, who he made oddly vulnerable despite being television’s most deadly man.

Soprano devotees would say that despite the nature of his work, they could ­identify with him as he struggled in his marriage with Carmella, played by Edie Falco, and raising his children.

Co-star Steve Schirripa, who played mobster Bobby Baccalieri, said on hearing the news of his death: “I had to get up and leave. It was like being told a brother had died.

“Jimmy Gandolfini was as great a friend as he was an actor and a human being.”

Gandolfini won three Emmy awards for his role as Tony Soprano, who is now considered one of TV’s greatest ­characters.

Viewers were never shown how the gangster died when he was killed off in 2007. Gandolfini said at the time: “What the f***? I mean, after all I went through, all this death and then it’s over like that?”

The actor was born 1961 in Westwood, New Jersey, to Italian immigrants who spoke only their native language at home.

His mother, Santa, was a school canteen worker, and his father, Michael, a caretaker and bricklayer.

Gandolfini was one of three children but never learnt Italian, although he said he always understood when his parents were angry with him. After leaving school he went to Rutgers University in 1983 and earned a degree in communications. He held a variety of jobs over the next several years, including a bouncer, a barman and truck driver.

Acting did not cross his mind until he was 25 when a friend took him to a class at the Actors Studio in New York.

In interviews he said that it terrified him but he was intrigued enough to carry on. “I’d never been around actors before,” he once said. “I said to myself, ‘These people are nuts; this is kind of interesting.’”

By the early 1990s, he began landing roles, one of the earliest on Broadway in A Streetcar Named Desire, with Jessica Lange and Alec Baldwin.

In 1992 he gained his first film role in A Stranger Among Us, before his heavy frame earned him a part playing a thug in True Romance alongside Christian Slater and Patricia Arquette.

It was that performance that brought him to the attention of Chase, who was searching for a barely known Italian actor to play Tony Soprano.

Gandolfini said of the script: “I laughed my ass off. I was like, ‘This is really different and good, and odd’. I thought, I’ve never been the lead before. They’re gonna hire somebody else. But I knew I could do it. I have small amounts of Mr Soprano in me. I was 35, a lunatic, a madman.”

Yesterday fellow actors paid their tributes to Gandolfini. Rob Lowe said: “James Galdolfini gave the greatest performance in the history of television. He was also a kind man. Condolences to his family.”

Ewan McGregor tweeted: “The world just lost one of its great actors. James Gandolfini has passed away. Thoughts to his family. Such a talent.”

And Brad Pitt, who starred with Gandolfini in Killing Them Softly added: “I admire Jimmy as a ferocious actor, a gentle soul and a genuinely funny man.” Gandolfini, who battled alcohol and cocaine addiction, returned to the stage after The Sopranos and appeared in a dozen movies.

He won a Tony nomination for his role is God of Carnage in 2009. Gandolfini also played an arrogant general in the political satire In the Loop and a grieving father in the drama Welcome to the Rileys.

More recently he played a CIA director in the film about Osama bin Laden’s capture, Zero Dark Thirty. In a recent interview, Gandolfini said he was unfazed about playing smaller roles following his success in The Sopranos.

“I’m much more comfortable doing smaller things,” he said. “I like them. I like the way they’re shot.

“They’re shot quickly. It’s all about the scripts – that’s what it is – and I’m getting some interesting little scripts.”

At the time of his death, Gandolfini was in Rome to “reconnect with his family roots” and was due to head to the 59th Taormina Film Festival in Sicily.

His first wife Marcy Wudarski, is said to have immediately booked a flight to Italy to be with her son, Michael.

He was married to Marcy for three years until they divorced in 2002.

Second wife, Deborah gave birth to Liliana in October after they married in Hawaii in 2008.

Newer Post Rewind Brings Back The Legends At White Beirut
Older PostCounting Down the Hours to AKON, Lebanon’s the Only RnB Event!